What Are NFT PFPs: A New Era Of Profile Pics

NFTs have risen to great popularity, and everyone is racing to figure out how to monetize them. While some believe NFTs are only for art, other NFT applications like GameFi and play-to-earn (P2E) have also entered the market. However, neither of these genuinely capture the social media spirit of being able to flex your NFTs over the Web.

To this end, Twitter recently announced they would allow users to have NFTs as their profile pictures. The people using this feature can be identified by having a hexagonal shape instead of a regular circular icon. Anyone can right-click save a picture of a Bored Ape, but only the true owner can link the NFT to their profile picture.

Twitter didn’t invent this concept, but NFT profile pictures (PFPs) have stood out as one of the first social implementations of the technology, in particular, bringing decentralized proof of digital ownership into our online lives. They might seem like a fad now, or perhaps an expensive status symbol, but with some of the world’s largest social media companies leading the metaverse charge, NFT PFPs will only increase in popularity. 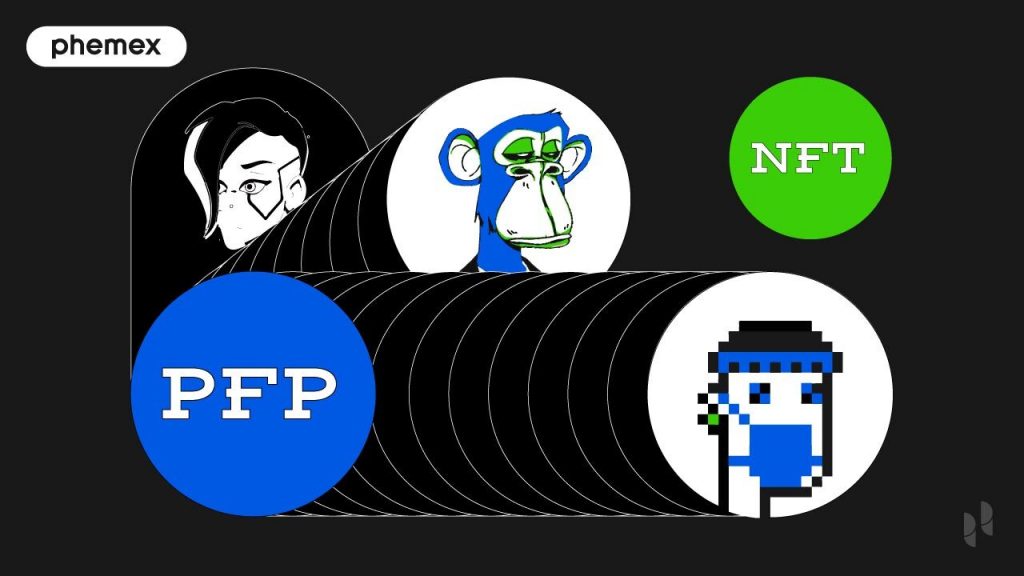 What Is An NFT PFP?

NFT profile pictures (PFPs) began as regular NFTs that grew to immense popularity. From CryptoPunks to the BAYC, influencers and celebrities globally have been buying these obscenely priced NFTs and using them as their profile pictures.

CryptoPunks, for example, minted 10,000 unique avatars and distributed them for free back in 2017, with some tokens possessing rarer features than others. While they were initially viewed as collectibles, proponents of the technology began using them on social media to pledge their allegiance to the blockchain community.

Today, however, it’s an extravagant task to get your hands on a CryptoPunk, which are sold at very high prices (depending on the rarity). However, they aren’t the only NFT PFP project in town, and as the trend continues to grow, far more people will start representing their identities online using artwork stored on the blockchain.

What Is A PFP Drop?

A PFP drop involves airdropping thousands of NFTs at once during a launch, all algorithmically linked through data sets. This enables each NFT to retain its identity as part of a more extensive series, unlike most other NFTs, which are unique, standalone artworks.

They also share characteristics with some traditional collectibles, like showing something off for clout. Some projects like SupDucks and Bored Apes even tap into nostalgia to attract buyers. The same kids who collected Pokemon cards in the 2000s are buying NFT PFPs today, but these projects represent much more than a simple trading card game.

The exorbitant prices on these PFPs come from their scarcity, but rare traits aren’t the only way to attract buyers. Many projects offer additional perks like access to an exclusive channel for collectors, commercial rights to the art, and airdropped exclusive content. More than a simple profile picture, owners can leverage these NFTs to create sellable merchandise, essentially creating a brand around the most well-performing PFPs.

When you see someone wearing a Rolex or driving a Lamborghini, you immediately reflect on their status. NFT PFPs are the equivalent of these status symbols, and while not everyone may want one, let alone afford one, they give holders the opportunity to stand out and express themselves.

Those who buy NFT PFPs usually aren’t looking to flip them, instead, they’re using them to represent their identities online. Furthermore, they’re not all that easy to sell, especially considering high prices and their minimal utility. However, as the trend develops and the market grows, NFT PFPs could become the norm in the near future.