What is The Band Protocol: The DeFi Oracle Protocol 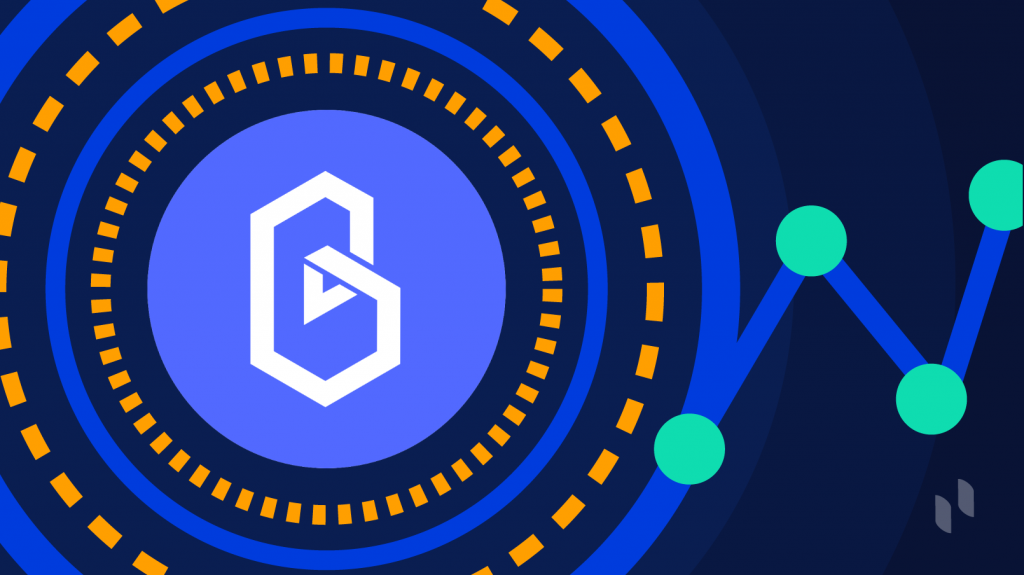 The Band Protocol is a decentralized cross-chain data oracle protocol that connects decentralized applications and smart contracts with off-chain or real-world data and APIs.

Unlike its older and more established oracle competitor, ChainLink, the Band Protocol isn’t exclusive to the Ethereum blockchain. Instead, the Band protocol was built on the Cosmos network using their software development kit (SDK). In short, the Cosmos network is an alternative base-layer solution that focuses heavily on interoperability.

Interoperability means that, unlike Chainlink’s oracle solution, which only supports Ethereum-based smart contracts or dapps, the Band protocol is compatible with most smart contract and blockchain development frameworks.

Before we can dig deeper into the basics of the Band Protocol and how it functions, we must first explain what blockchain oracles are and why decentralized applications need them.

What are Blockchain Oracles?

Blockchains are decentralized networks that operate on parameters within their environments. However, for these blockchains to be more useful in the real world and broaden the scope in which they can operate, they need access to external information. This encompasses any data available on the Internet, including stock or cryptocurrency price information, insurance and interest rates, sports and weather data, various payments information, and so on.

To do this, blockchains rely upon third-party oracle services that act as a middle layer between the decentralized applications and the various data sources. The function of blockchain oracles is to handle data requests from dapps, query data from the corresponding data sources, and report the results back to the dapp/smart contracts.

The vital thing to remember here is that blockchain oracles aren’t the original data sources. Instead, they’re the middleware tasked with sourcing, verifying, authenticating, and relaying back to dapps the requested information from the actual data sources.

Considering that a smart contract’s soundness and operational effectiveness depends entirely on the quality of the data it receives and processes, the importance of oracles and their ability to relay reliable information becomes undeniable. Suppose the data that a smart contract receives from an oracle is faulty or in any way corrupted. In that case, the smart contract will surely malfunction and create chaos with potentially catastrophic financial implications for its users.

In the past few years, the DeFi space has shifted away from using centralized oracles and instead opted for solutions that provide much more reliable access to external information. Centralized options represent single points of failure; decentralized oracles, instead, can leverage consensus algorithms to distribute the responsibility of sourcing and validating external data amongst many verifying entities.

Decentralized oracle services like the Band Protocol or Chainlink increase the reliability of the data provided by not depending on a single source of information. Band’s oracle solution, for example, is built for maximum redundancy on two separate layers. Firstly, its blockchain, known as BandChain, is operated by a globally distributed pool of validators, whose performance and actions can easily be vetted on-chain. Second, the information reported and relayed by these validators is taken from multiple data sources, providing an additional layer of security.

What is the Band Protocol?

Band’s core development team consists of CEO Soravis Srinawakoon (who holds a Master’s degree in Computer Science from Stanford and is listed on the Forbes’ 30 under-30 Top Young Entrepreneurs list); CTO Sorawit Suriyakran (who holds an MS from MIT and has worked at Quora and Dropbox); and CPO Paul Nattapatsiri (a prolific crypto game developer who has previously worked at Tripadvisor and Turfmapp).

The Band Protocol is backed by Sequoia Capital, one of the most active VC investors in Silicon Valley, as well as the Spartan Group, and several other distinguished start-up investors. The project has also had two ICOs and one IEO, raising a combined total of $11 million in the process.

Significance of the Band Protocol

An interesting and very important detail about the Band Protocol is that it didn’t initially start as a blockchain agnostic oracle solution. Instead, the protocol was originally conceptualized as an Ethereum-native “open blockchain protocol to create token-curated communities.” This version of the protocol launched in 2017 and involved multiple data-based communities, each with its own unique BAND-backed tokens that were supposed to incentivize curators to provide reliable data within that community.

However, informed by DeFi’s impressive recent growth, the Band team soon realized that their Ethereum-based and community-focused version of the protocol simply wasn’t going to cut it. Instead, they decided to shift the project’s focus to creating a specialized, blockchain agnostic interoperable oracle protocol that would be faster, cheaper, and more developer-friendly than all other competitors in the market.

The new revised and improved Band Protocol was released in June 2020 as part of the Cosmos Network.

How Does the Band Protocol Work?

Critical to the functioning of the Band Protocol are two components: data sources and oracle scripts.

The data sources in Band Protocol

The data sources, in this context, are executables that outline the procedures to recover raw data from the various primary information sources, including APIs or any other compatible sources that return desired results.

The Oracle scripts in Band Protocol

On the other hand, oracle scripts are Turing-complete executables similar to smart contracts that encode two bits of information: the set of data requests to the target sources and the manner in which the raw data reports must be aggregated into the final results.

What is the BandChain?

When a decentralized application hosted on a publicly available blockchain requires external information, it does not directly interact with any data sources. Instead, it can request or call the corresponding oracle script (the Band Protocol), which then interacts and fetches the data from the data source executable and records it on the BandChain.

In simpler terms, dapps request data from the Band Protocol by submitting a request in the form of a smart contract specifying the exact format and type of data they require. The protocol then pseudo-randomly selects validators to provide data based on the weighted average of their respective stakes. These validators then fetch the requested information from a variety of target sources, aggregate the data as specified by the original request, and store the data on the BandChain, making it readily available for anyone to access.

Any duplicate request means that the data would already be on the BandChain. For example, suppose there’s already an available data source executable for the price of Bitcoin on the Phemex exchange. In that case, other dapps can simply call the corresponding oracle script and gain access to it immediately.

This method of handling and relaying data is superior to other oracle solutions as it allows data sources to be reused, rendering the process cheaper and faster.

How Does BandChain Work?

The Band Protocol’s key feature is its blockchain agnostic nature, meaning it can offer data to most of the publicly available blockchains. As previously mentioned, the BandChain is built on the Cosmos Network, using the Cosmos SDK.

BandChain constituents can be roughly categorized into two groups: validators and delegators.

What is the Band Token?

On the other hand, those who do not wish to become validators can become delegators by merely purchasing BAND tokens on the open market and delegating or staking them to the network’s validators. By doing so, delegators earn a portion of the revenue generated by the validators they’ve delegated their tokens to.

Another essential component of BandChain’s incentive structure is the penalty system known as slashing. Staking BAND tokens both as a validator or a delegator isn’t all fun and games; it also carries certain risks. Namely, in the event of downtime or some malicious activity, like double-charging for transactions or reporting erroneous data, the protocol will automatically penalize the malicious validators by slashing their token rewards by a certain percentage. This is done to ensure full accountability on the validators’ side and maintain the oracle network’s security at a high level.

The BAND tokens are minted with every BandChain block and distributed to validators and delegators as an economic incentive for securing the protocol’s ecosystem through staking. The tokens are generated at a dynamic annual inflation rate ranging from 7%-20%, depending on the current ratio of total tokens staked in the ecosystem. The protocol automatically adjusts the inflation rate to achieve a target of having 66% of the circulating supply of BAND tokens staked at any point in time.

The idea behind this inflationary model is to incentivize token holders to participate in the network through staking. This structure rewards stakers with earnings and punishes non-stakers by continually diluting their tokens’ value through inflation.

The BAND token is not a security or a currency but rather a utility token. BAND token holders can use these to become validators or delegators and can also participate in the protocol’s governance by voting on improvement proposals.

For those wondering where to buy the BAND, the token is currently available on most of the top centralized cryptocurrency exchanges and some decentralized options like Uniswap, Kyber, and SushiSwap.

Unfortunately, since the BAND token now runs on its own Cosmos-based blockchain and is no longer an ERC20 token, the options for holding the token in non-custodial wallets are quite limited. The only cryptocurrency wallets currently supporting BAND are Trust Wallet, Atomic Wallet, and the Coinbase Wallet.

As Band Protocol’s CEO Srinawakoon once said it himself — blockchain oracles solve a multi-billion dollar problem.

Decentralized applications rely on oracles to receive all sorts of off-chain or real-world data, and the DeFi space simply can’t grow without them. They’re an essential component of the decentralized revolution, and the Band Protocol is definitely positioning itself at the forefront.

Although the project has only been around for under two years, it has already witnessed incredible growth, both in the actual adoption of its oracle solution and market capitalization.

And given DeFi’s accelerating pace, Band’s room for more growth is virtually unlimited — at least for the foreseeable future.