What is The 2% Rule in Trading: How to Grow Profits and Manage Risk

Trading is risky business, everyone knows that, but stories of traders on Wall Street with sports cars and mansions has long lured those looking to make their fortune through trading. Cryptocurrency trading is no different either, with trading veterans and newbies alike flocking to invest in the next Bitcoin (BTC) or Ethereum (ETH). Thus, it is only natural that economists and trading strategists have devised multiple trading strategies to try and combat the possible (and in many cases probable) losses, as well as manage risk in trading. One such trading strategy is known as the 2 percent rule (or 2% rule). 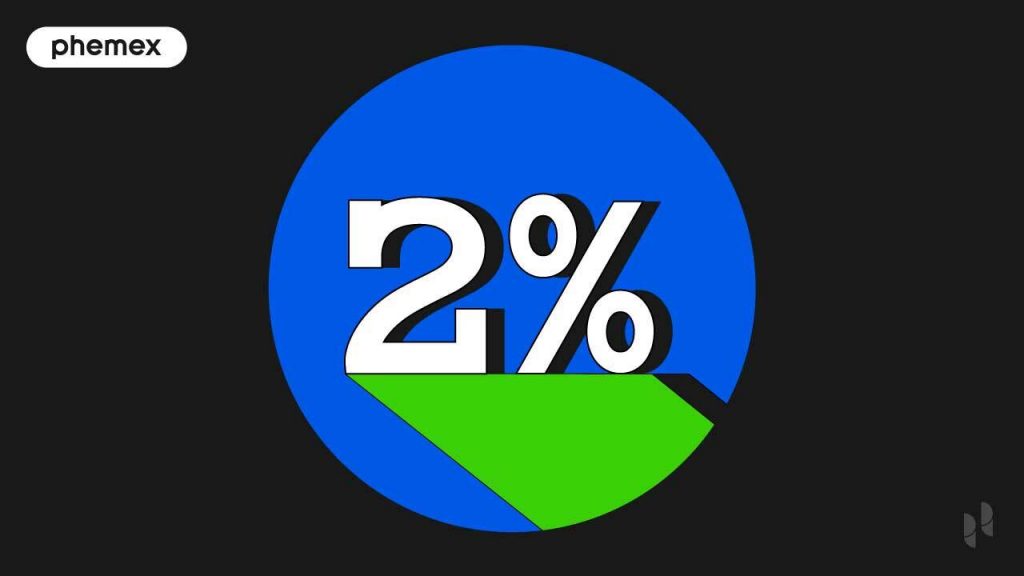 What Is the 2% Rule in Trading?

The 2% rule is a trading strategy with a focus on risk management. An investor that uses this rule will limit themselves to only investing 2% of their available capital in any one trade. By using the 2 percent theory, an investor will only ever lose 2% of their capital in a trade, thereby minimizing their exposure to risk and their losses.

How Do You Calculate 2% Risk per Trade?

Before following the 2% trading rule, a trader will first have to understand how to calculate how much 2% of their available capital is. This may seem straight forward, for example: If a trader has $10,000 to invest, then 2% of that will be $200, meaning that they should only invest $200 in each trade. However, the reality is not quite so simple.

However, even after having calculated what your 2% CaR is, there is no guarantee that you will only be risking 2% per trade.

How Do You Risk Only 2% per Trade?

Despite the above sounding simple, there are in fact more factors to consider. Some of these, such as slippage, mean that even when the above steps have been followed, a trader may end up risking more than 2% CaR.

For example: A trader puts an order in to buy 10 coins, which is representative of 2% of their available capital including fees. However, the market value increases during the placement of the order and before the transaction is finalized, meaning that the value of each coin has increased in that time. Here, the trader may find that they have invested significantly more than they expected. This can also be seen when selling, meaning even higher potential losses.

To mitigate this, and so get closer to risking only 2% per trade, traders can use certain buy and sell orders. One particularly helpful order for this scenario, is known as a stop-order. Stop-orders are automated orders set by the trader which can be used to protect assets and avoid heavy losses, instead of simply buying and selling.

Moreover, within stop-orders, there are trailing stop-orders, which are stop-orders where instead of setting a trigger price, the trader will set a trigger percentage which follows the asset’s value. In this way, the trader can lock-in profits as the value increases. If the value decreases past a certain percentage (say 2% for example), meanwhile, the sell will be automatically triggered to avoid heavy losses.

For example: If a trader has invested in an asset using the 2 percent theory and the value of that asset increases, they will want to protect that profit. Moreover, to keep within the 2% risk of the 2 percent rule in trading, they will not want to lose more than 2% of the new value. By using a trailing stop-order, the trader can mark a pre-specified percentage below the asset’s live value. This set percentage will trigger a sell or buy order once the value of the asset hits that price. In this way, regardless of whether the trader is watching the value of the asset, the actual sell or buy will be automatically triggered to mitigate any loss above 2% of the CaR.

However, again, this is not foolproof. A stop-order will guarantee that the trade goes through, but it cannot stop slippage. By placing a stop-order, a trader ensures that the trade goes through at the next possible point, but if the market is rapidly falling, that next available point could be significantly further down than 2%. This is a risk that the trader decides to take, and as with any trade, there is no definite way of knowing if it will work out in your favor until it is done. However, by using a stop-order, which automates the sell or buy, the trader stands a better chance of catching the fall quickly.

The 2% rule is not only important for managing risk, but also in growing profit. It may seem to a new trader that by only investing a little, then only a little reward can be gathered back, but this is not correct. The reality is that it is not just the percentage that matters, but also how many different trades are carried out. This can not only affect loss and profit, but it will also affect your chances of breaking even in the case of making a loss.

For example: There are two individuals, Pete and Sam, both of whom start with $1,000 each as their capital. Pete chooses to follow the 2% rule, while Sam decides that the reward will not be high enough and so he will invest 10% in each trade. Their first five trades are all losses, meaning that they will finish a little like this:

After 5 trades, Sam has wiped out half of his capital. Pete, meanwhile, has barely lost anything at only a $100 loss, despite carrying out the same trades as Sam.

Pete would need to lose his money on five times the trades Sam has done just to reach the same level of loss. However, the likelihood of making a loss on 20 trades is much lower than the likelihood of making a loss on five trades. This therefore means that, in reality, for Pete to have the same level of loss as Sam, he would have to carry out even more trades, and lose on most of them. The 2% rule has therefore given Pete a much lower chance of losing big before having a chance to recoup those losses.

With half his capital gone, Sam will now feel nervous about investing his final funds, while Pete is still safe to continue trading without much worry. Thus, being in a negative situation, Sam will now look to recuperate his losses. However, because he ignored the 2% rule, he is again at a disadvantage. With the leftover money, the new risk-per-trade would be as follows:

This means that to break even:

Thus, by following the 2% rule, Pete has multiple advantages. He is in a better position in terms of assets left over and trading power than Sam. This means that he has a higher chance of making a profit as he has many more trades left. He is also in a better position to break even, as he needs fewer winning trades and has a lower risk than Sam. This again means he has a better chance, since he has more trades to play:

Thus, by looking closely at the example of Sam and Pete, the answer to the question “Who do you think is more likely to regain their losses after a streak of bad luck?” seems obvious.

A trader may very occasionally get lucky when investing a high percentage of their capital, gaining high rewards for their risk, but most likely they will go in guns blazing and come out on fire. Investing using a low percentage, such as the 2% rule, is safer and gives a much higher chance of gaining profits as the trader will have a much higher number of chances. This strategy can be seen across the board, and is very similar to the diversification of a portfolio that was put forward in Harry Markowitz’ Modern Portfolio Theory.