What Is Kujira: Everyone Deserves To Be A Crypto Whale 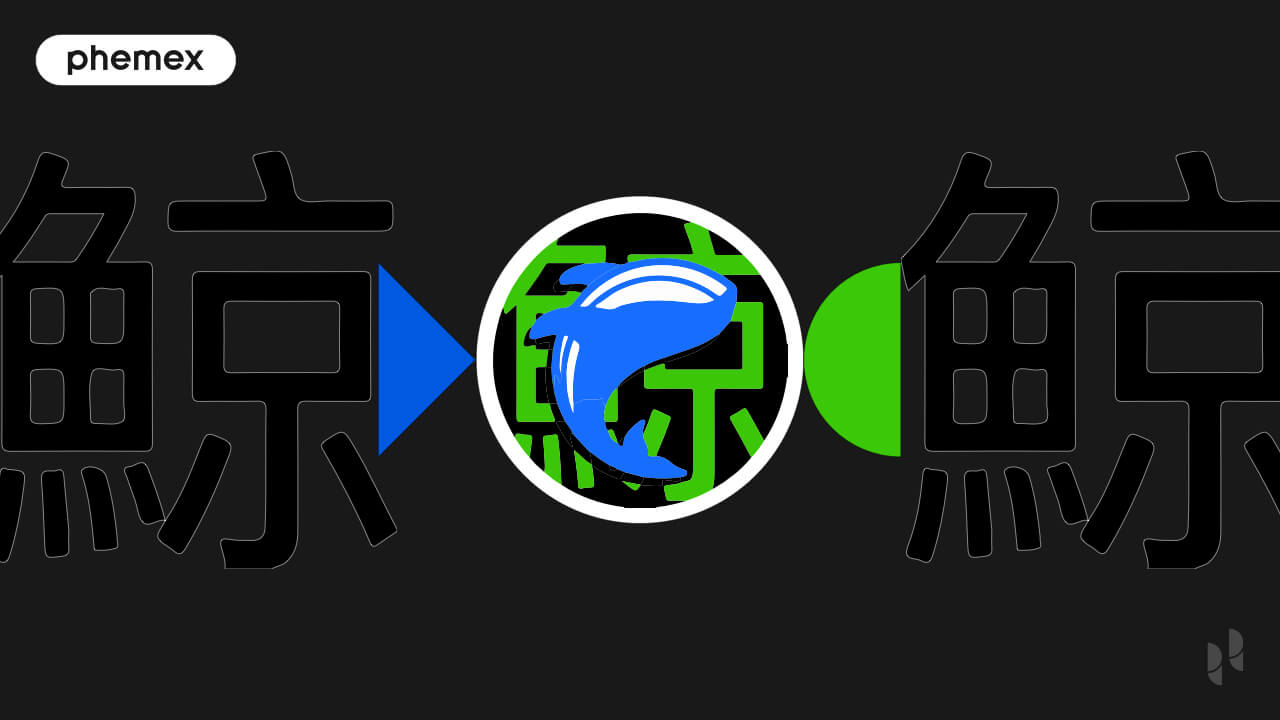 As DeFi evolve even in a bear market, opportunities to profit continue to exist. However, it can be challenging for beginners to take advantage of the benefits that bigger traders/investors enjoy, either due to a lack of expertise or capital.

A new protocol aims to level the playing field.

“Kujira,” Japanese for “whale,” is the name of a new DeFi protocol with an aim to turn everyone–from novices to experts–into crypto whales, by offering tools that are affordable and easy to use.

Its manifesto is unabashedly bold: “Everyone deserves to be a whale.”

(In the crypto world, “whale” is a slang term to describe crypto investors who hold large amounts of crypto.)

What Are Crypto Whales & Why Do They Matter? – Phemex Blog

Kujira is a Layer 1 protocol built on Cosmos, which can be used for hosting community-selected projects.

Layer 1 protocols are the first layer in a blockchain network. These are responsible for creating the basic functionality and features of the network, including storing data, verifying transactions, and issuing new tokens.

Kujira has four main apps: FIN, ORCA, BLUE, and Finder. Each of these apps has its own specific use cases, which we will discuss later in the article.

At the time of writing, Kujira’s native token, $KUJI, also known as the Kujira coin or Kujira crypto, trades on several exchanges with a circulating supply of 79.7 million KUJI at a price of $1.46 for a market cap of $114.5 million.

How Does Kujira Work?

As aforementioned, Kujira has four main apps: FIN, ORCA, BLUE, and Finder to help users take advantage of various types of income-earning DeFi opportunities on their journey to becoming a crypto whale.

1) FIN: The first decentralized and permissionless token exchange built on Cosmos, it eliminates the need for inflationary incentives and bots, as well as the risk of impermanent loss by doing away with liquidity pools. What this implies is that there is no longer any need for inflationary tokens to be given out in order to keep investors in the liquidity pool. This means that through FIN, the Kujira platform is more cost-efficient since traders do not need to pay extra money for their trades to be executed.

2) ORCA: A marketplace especially built for liquidated collateral. Kujira users can easily liquidate multiple assets. Users can participate in securing their favourite assets and earn passive income in the form of interests. ORCA users also have the option to convert existing UST bids to aUST. However, since the crash of Terra, the value of UST has decreased significantly. This is why Kujira created a new type of interest-bearing asset, aUST.

4) Finder: Enables the tracking of addresses (which can be bookmarked), transactions, validators, and more, as part of a user’s market research.

The Kujira Coin is the native token of the Kujira network, and it is used to perform several functions on the network. These include:

Why Is Kujira Unique?

Some unique features of the Kujira platform include: 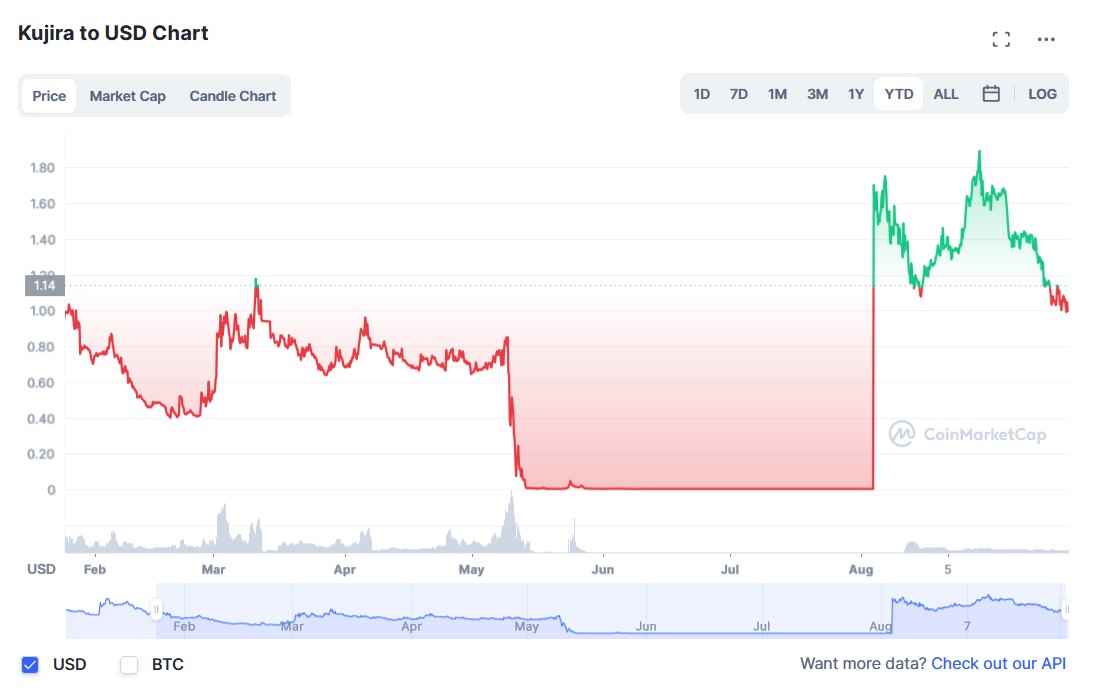 The Kujira coin was launched on 11 November, 2021 at a price of $4.6822, after which the price experienced a steady decline and remained bearish. By mid-April, it had reached a low point where it stayed for months, slightly fluctuating.

Upon reaching an overall higher point, it still continues to fluctuate while remaining bearish. However, it has since recovered from its all-time low, and some investors expect it to rise even further in the future.

The Kujira crypto (KUJI) is currently trading at $0.99 with a circulating supply of 79.7 million KUJI for a market cap of $114.5 million.

Kujira aims to be a “one-stop” platform that gives everyone an opportunity to benefit from DeFi via tools that are marketed as being easy-to-use and cost-effective for all users. However, the platform is still in its early stages and only time will tell how successful Kujira will be in the long run–the more differentiated and user-friendly it can make its products, the brighter its growth prospects will be.