What is Know Sure Thing Indicator (KST): Predict the Momentum 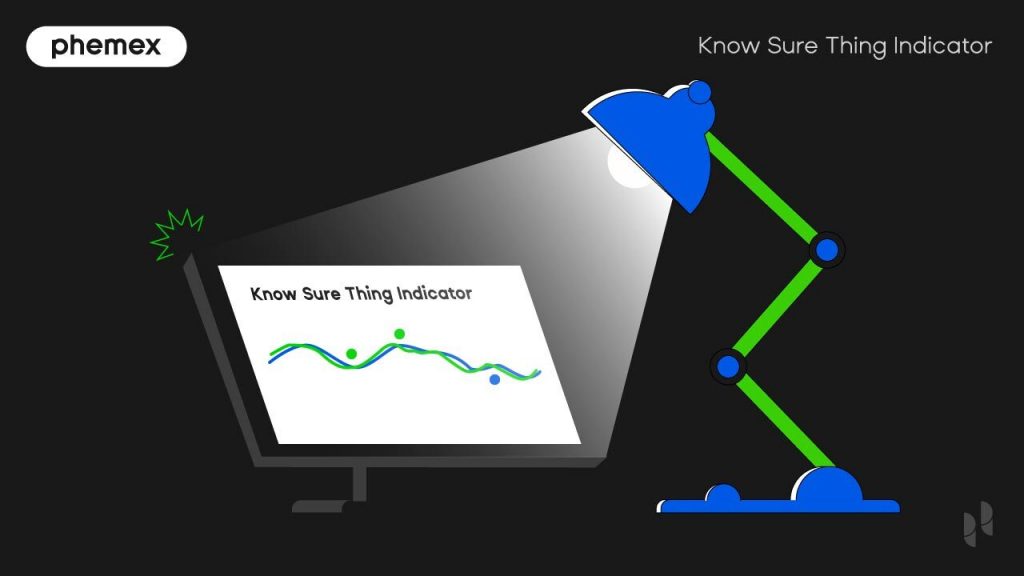 Indicators are key when it comes to reading the stock market. Used by traders, brokers, and analysts, or anybody even remotely interested in the movement of assets, these graphical technical tools provide substance and security to trading decisions made worldwide. By allowing those interested to rapidly and efficiently examine data, stock market indicators can be useful in forecasting future price movements, as well as examining past movements in order to establish some form of precedent. This permits prudent investors to build strategies that help capitalize on what would otherwise be difficult to predict: the ever-changing trends that affect the market on a day-to-day basis. However, accurate data is an absolute necessity in order to build these strategies, and one of the most useful of these data mines is the Know Sure Thing indicator (and short term KST).

What Is a Know Sure Thing (KST) Indicator?

Know Sure Thing (KST) is a technical indicator used by analysts to predict the momentum of price movements in different markets. First described in Stocks & Commodities magazine in 1992, it was featured in an article named “Summed Rate of Change (KST),” which described the idea of the KST indicator developed by Martin Pring. Presented as graphical oscillators, the KST indicators are based on the smoothed-out rate-of-change (ROC) for four different timeframes. They do this by combining four different price cycles into a single momentum oscillator, thereby allowing analysts and chartists to check for divergences, among other things. These different patterns, which are commonly sought out in KST indicator analyses, are explained below:

Pring himself frequently applied trend lines to KST, despite the fact that they are hardly a regular occurrence. However, Pring went on to note that applied trend lines were in fact extremely helpful and not to be overlooked, as such breaks reinforce signal line crossovers and their associated uses.

How to Calculate Know Sure Thing Indicator?

KST is calculated by taking the simple moving average (SMA) of four different ROC periods (a period usually refers to a single trading day, but in this case it can be any period the trader wishes to analyze). These periods are then combined together to come up with the KST, creating a signal line by taking the 9-period SMA of the KST itself. Here is the equation used to calculate the KST, though this may seem rather daunting if one does not possess a background in market analysis and day trading:

As a general rule, the KST will oscillate above and below the zero line. To break the Know Sure Thing indicator strategy down into basic terms, however, it can be said that momentum favors a bullish approach when KST is positive and favors a bearish approach when KST is negative. A positive KST shows that the weighted and smoothed ROC values are above the zero line, generally indicating climbing asset prices, whereas a negative KST means the exact opposite. While there are of course various long- and short-term strategies that can be derived from these readings, the general approach would of course be to go long or short, respectively.

Analysts can also seek out signal line crossovers in order to better understand its general direction, and by association, the future likelihood of a trend developing or failing. KST is useful in this regard, as it gives a decent indication of momentum — with a rising and negative KST line showing that downside momentum is slowing, while the opposite being true of a falling positive KST line. Although there are many different types of signals that can be read into when using KST, centerline and signal line indication remains the standard. Unlike a TRIX indicator, KST does have upper and lower limits, meaning that it is relatively inapt for oversold/overbought asset identification.

What Does Short Term KST Mean?

Short term KST quite simply refers to the fact that KST momentum oscillators are often used to measure short time frames, and they are therefore frequently seen in short-term trading analyses. The expression “short-term” in trading applies to any strategy applied to futures/stock markets where the timescale between commencing and terminating the strategy takes only a couple of weeks at maximum, and usually even less. In the case of the KST oscillator, it is often used in day trading where the turnover is incredibly short because just as the name suggests, strategies are generally both entered and exited on the very same day. While this is usually a relatively risky form of trade, KSTs allow traders to at least mitigate that risk to some degree in the short-term, as this is where their data is generally given to be most accurate.

It is important to note, however, that there is never a “correct” way to approach things when it comes to trade or even market analysis itself, and there will always be strategies that favor the exception, rather than the rule. If one chooses to use a KST indicator to measure the market over a longer time frame, it can be done — as each individual investor decides what analysis strategy to conduct when trading. KSTs can indeed be used to measure long-term price fluctuation, and although less common, it is hardly a rare occurrence in price analysis. As indicators are usually used in conjunction with one another, the accuracy of a single chart is not always of the utmost importance. This is worth noting, because as discussed previously, the precision of KST indication can lower over larger timescales (which is fairly common in these forms of oscillator analysis).

What Are the Default Know Sure Thing Indicator Settings?

Explored momentarily in the above section on KST calculation, the default settings used when creating a KST indicator may seem like just a stream of numbers to the untrained eye. In reality, the meaning of these numbers is clearly defined and simple, at least when broken down. Here are the 9 numerical default setting parameters:

KST indicators are popular tools used in market analysis as they give a fairly detailed overview of short-, and even long-, term price patterns. Once a trader masters KST usage they will usually become adept at spotting momentum bursts ahead of time, allowing them to build more comprehensive and accurate strategies, and capitalize on movements in an instant. However, it is perhaps worthwhile to note that it is very rare for an experienced trader to begin forming opinions based solely from a single indicator’s data. KSTs are usually used in conjunction with a whole host of other technical analysis tools, especially as there are so many available to enterprising traders in the modern era. Despite this, KST indicators remain one of the more powerful and important oscillators found in trade analysis, and their usage is widespread throughout the industry.