What are Fan Tokens?

Fan tokens are cryptocurrencies that enable the monetization of the relationships between fans and sports teams like never before.

Fan tokens first appeared during the Covid-19 pandemic when match attendance was banned, forcing sports teams to search for new revenue streams–and it proved to be a hit. In June 2020, FC Barcelona partnered with blockchain fan and rewards platform Socios.com to launch fan tokens; they sold out within 2 hours, generating $1.3 million in revenue.

These fan tokens empower token holders by giving them the ability to directly influence changes in their favorite team, the way governance tokens on a DAO enable DAO members to vote on a change. Given that most sports clubs are privately-owned, fans–for the first time–have the ability to play an active role in shaping the direction of their favorite club.

What are The Benefits of Fan Tokens?

Besides governance, these tokens provide token holders with club-specific benefits such as:

How Do Fan Tokens Work?

The fundamentals of fan tokens are similar to that of other cryptocurrencies – these are mostly BSC-based tokens with a limited supply, and can be bought and sold on exchanges like Phemex.

For diehard fans, however, the biggest perks are non-monetary.

This is because fan tokens can be used to buy collectibles, merchandise, or exclusive interactions with athletes such as meet-and-greets and autograph sessions. Tokens also serve as a membership key that grants users the privilege to enter exclusive competitions for unique rewards, club recognition, and more.

Notably, fan tokens also give holders exclusive voting rights on club decisions. In this respect, tokens are analogous to shares in a corporation. Similar to how governance tokens allow holders in DAOs to vote on proposals to change tech-related features, fan tokens allow holders to vote on club matters. The more tokens a user possesses, the greater influence that user enjoys over such polls. Some teams restrict voting eligibility and other perks until a user holds a certain amount of tokens.

How Many Types of Fan Tokens Are There?

There are dozens of fan tokens spread across different sports industries, with the most popular being football club tokens. However, fan tokens are also catching on in other industries such as racing, gaming, and fighting.

Here are some of the most popular fan tokens in the football arena.

What Is The Lazio Fan Token? 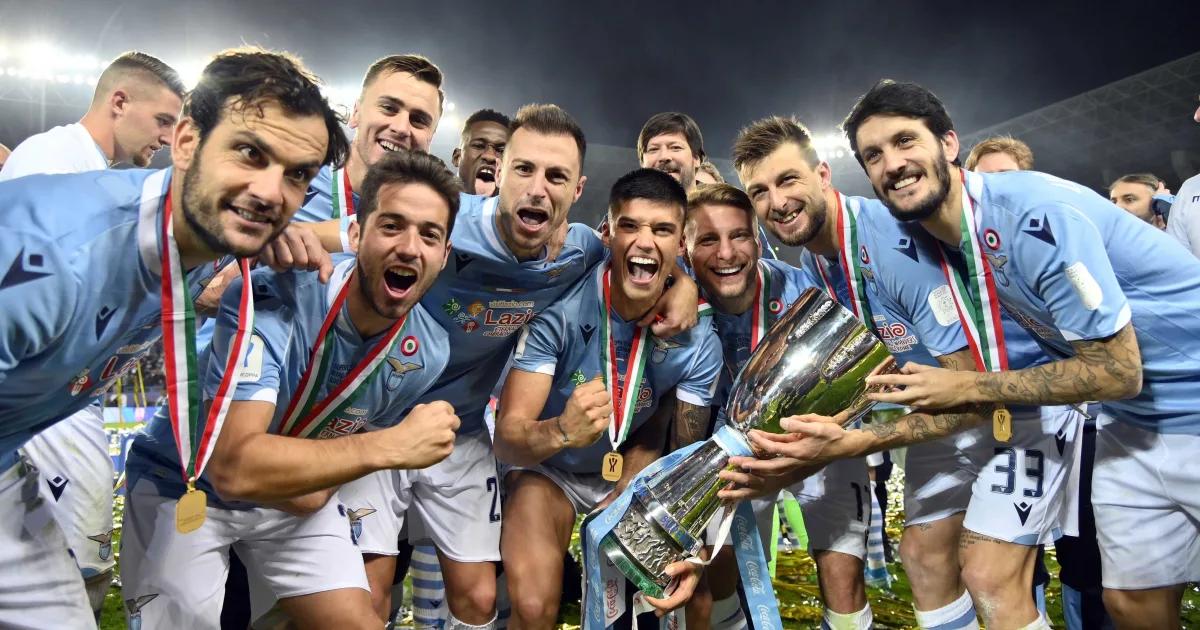 Founded in 1900, FC Lazio is one of Italy’s oldest and most prestigious football clubs. It is also one of the most decorated, competing only with AC Milan for the most number of trophies won. It holds one UEFA Winners Cup, one UEFA Super Cup, two Series A’s, seven Coppa Italias and three Supercoppa Italianas.

The FC Lazio fan token was one of the first fan tokens to launch in 2020, paving the way for other sports tokens to follow.

The original purpose of the token was to raise more funds for the club and give true fans the ability to interact and influence decisions in the club – similar to a governance token on blockchain.

Ownership of the fan token allows true fans to win rewards and experiences with the team such as attending training sessions, winning exclusive access to meet-ups with club stars, visit the player’s arena in the stadium, get discounts on VIP tickets for matches, and discounts on club merchandise.

The FC Lazio token currently has a market cap of $21 million with a circulating supply of 8.6 million and a maximum supply of 40 million.

What Is The Porto Fan Token? 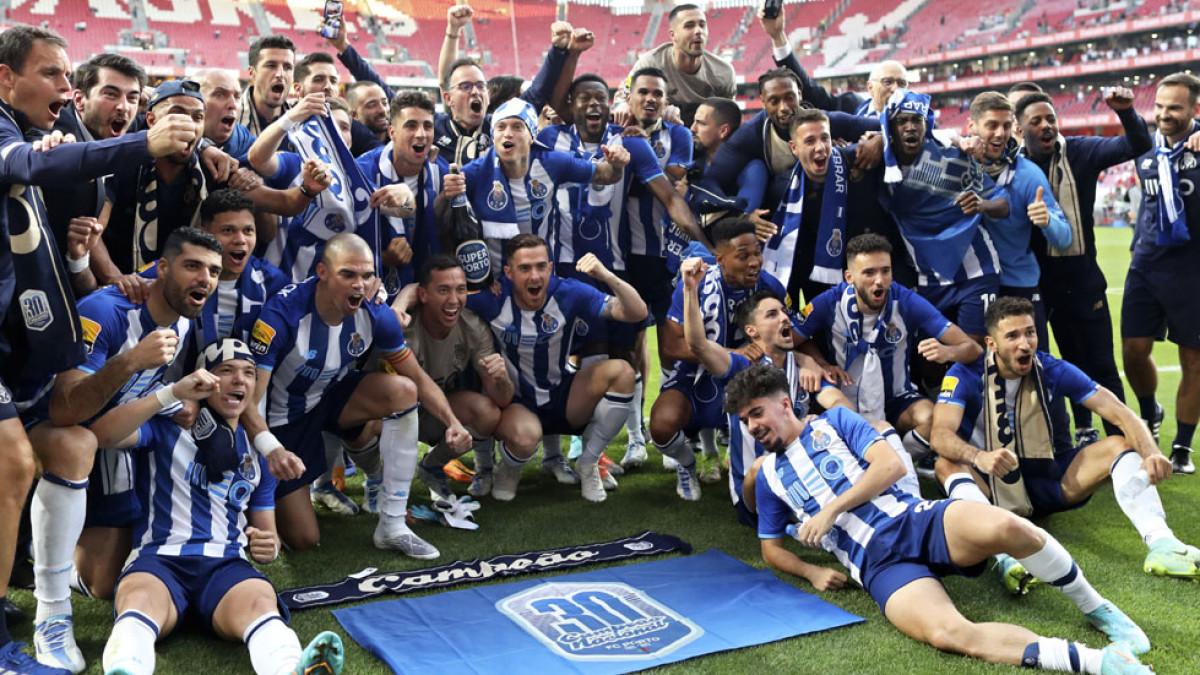 Founded in 1893, FC Porto is the oldest football club in Portugal. FC Porto has won the Portuguese Premier League multiple times and it holds one UEFA Champions League.

Besides free merchandise and match discounts, the FC Porto token gives fans the ability to vote on matters that include even the warm-up songs during matches in the Portuguese league and messages the coaches wear on their armbands. In the future, token holders will be able to attend meet-ups with the players and get fan badges.

The FC Porto token currently has a market cap of $18 million with a circulating supply of 7.8 million and a maximum supply of 40 million.

What Is The Santos Fan Token? Founded in 1912, FC Santos is one of the oldest football clubs in Brazil and Latin America. The club was founded by three local sportsmen in Sao Paolo and over time, found fame for its dedication to discipline.

FC Santos is the most successful club in Brazil, with a consecutive string of 8 wins in the national championships, and over 24 titles won in a decade. World-class players such as Neymar and Pele started their careers in FC Santos.

The FC Santos fan token offers a plethora of advantages for holders. On the FC Santos platform, holders can participate in voting sessions that affect club life. Besides standard fan token benefits such as discounts on merchandise and game tickets, club membership, and fan rewards, they get preferential treatment for autograph signing, training sessions, meet-and-greets, as well as other premium offerings that bring them closer to the players.

The FC Santos token currently has a market cap of $22 million with a circulating supply of 4.5 million and a maximum supply of 30 million.

What Is The Alpine Fan Token? The Alpine fan token is dedicated to Formula 1 fans and is the only non-football sports token, with the Formula One Group in charge of commercial and royalty rights for the group.

As with the above fan tokens, the Alpine fan token allows fans to engage with and support their favorite drivers. Token holders can donate to their favorite teams and get a signed loyalty badge in exchange. They also enjoy access to meet-ups and merchandise signing sessions.

In short, the token enables fans to directly interact with their favorite teams and drivers, and possibly even meet them in real life.

The Alpine Fan Token has the highest market cap of all fan tokens at $40 million, with a circulating supply of 11.3 million and a maximum supply of 40 million.

How To Buy Fan Tokens On Phemex?

If you’re wondering where to buy fan tokens, Phemex offers both spot and contract trading for investors to choose from. However, for beginning crypto buyers, spot trading is recommended. To buy one of the four fan tokens (Lazio, Porto, Santos, or Alpine) available on Phemex, follow the instructions below.

1) The first step to buying cryptocurrency on Phemex is to go to the Phemex homepage, register for an account, and select Markets.

2) On the Markets tab enter LAZIO, PORTO, SANTOS, or ALPINE into the search bar on the top right, immediately after, the trading pairs will appear below. For example, if we enter LAZIO, we can select Trade to move on to the next step.

3) You will then be redirected to the Phemex trading platform for the LAZIO/USDT pair. To do a simple spot trade we recommend doing a market order where you can buy LAZIO at the market price. To do so, select Market, enter the amount of USDT you want to buy of LAZIO, and click Buy LAZIO.

Done! You now have LAZIO tokens in your wallet on Phemex and can stake them on the platform to earn APY. The same process will apply for all other fan tokens on our platform.

What Is The Future Of Fan Tokens?

Currently, the majority of sports fans show their support by watching games and purchasing merchandise or memorabilia. They have no say over any decisions made by their beloved teams. At the same time, sports organizations are always on the lookout for new revenue streams besides broadcasting fees and ticket sales.

With NFTs, sports enthusiasts are elevated from passive spectators to active influencers, and sports organizations are able to monetize their fan bases in new ways.The possibilities for fan tokens are truly endless, as NFT technology opens up new forms of fan engagement in multiple fields.