Number Go Up (NGU) is a meme that expresses the investor mindset that hopes prices of an asset such as stocks or crypto would appreciate and rise in value. 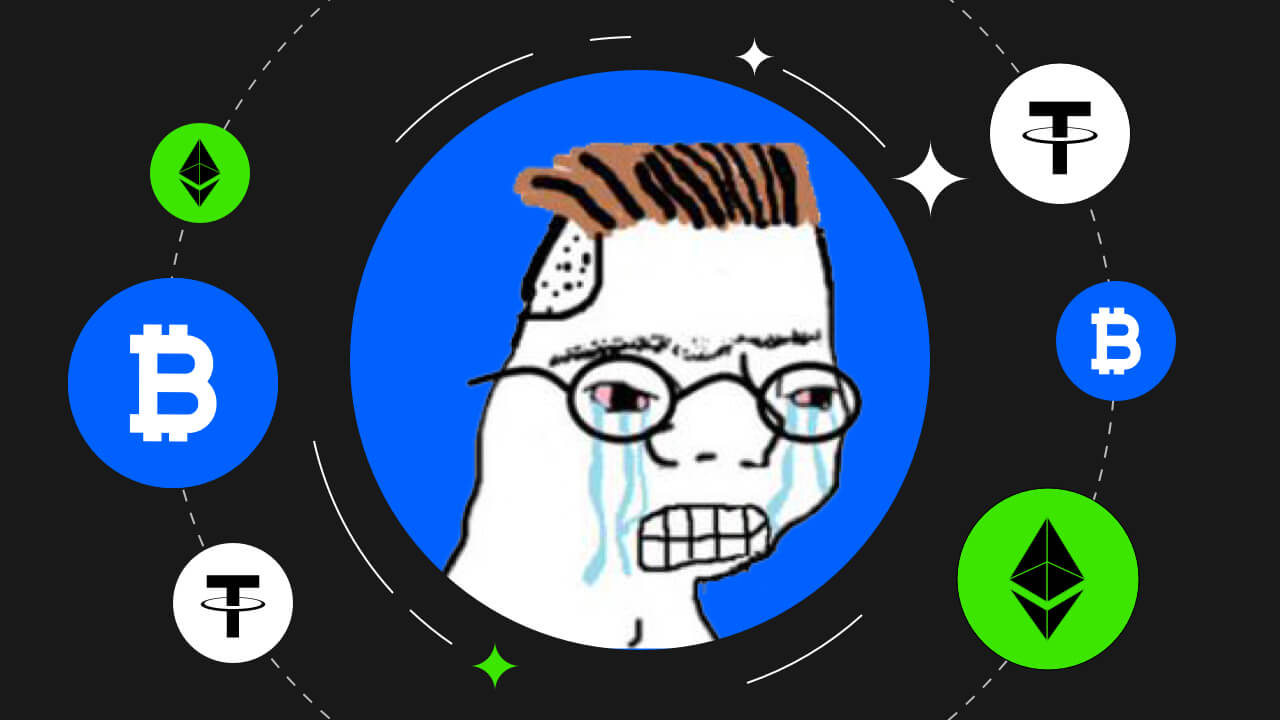 What Does “Number Go Up” Mean?

The catchphrase “number go up” became a Twitter phenomenon when cryptocurrencies like Bitcoin experienced an extraordinary market rally. Typically, this catchphrase is encountered in the acronym forms NgU or NGU.

NgU implied that the prices of popular cryptocurrencies would continue to soar upward, which is why the phrase is composed as “number go up.” And that was the truth, at least for a while.

What Is The “Number Go Up” Meme?

Memes take many forms such as images, text, or even both. For instance, one of the most famous examples of NgU is Bitcoin because of its price performance since its inception. That is why common expressions such as “orange coin good, number go up” circulated on Twitter.

But naturally, NgU memes grew beyond Bitcoin. For example, below is a version of NgU compressed into a meme. 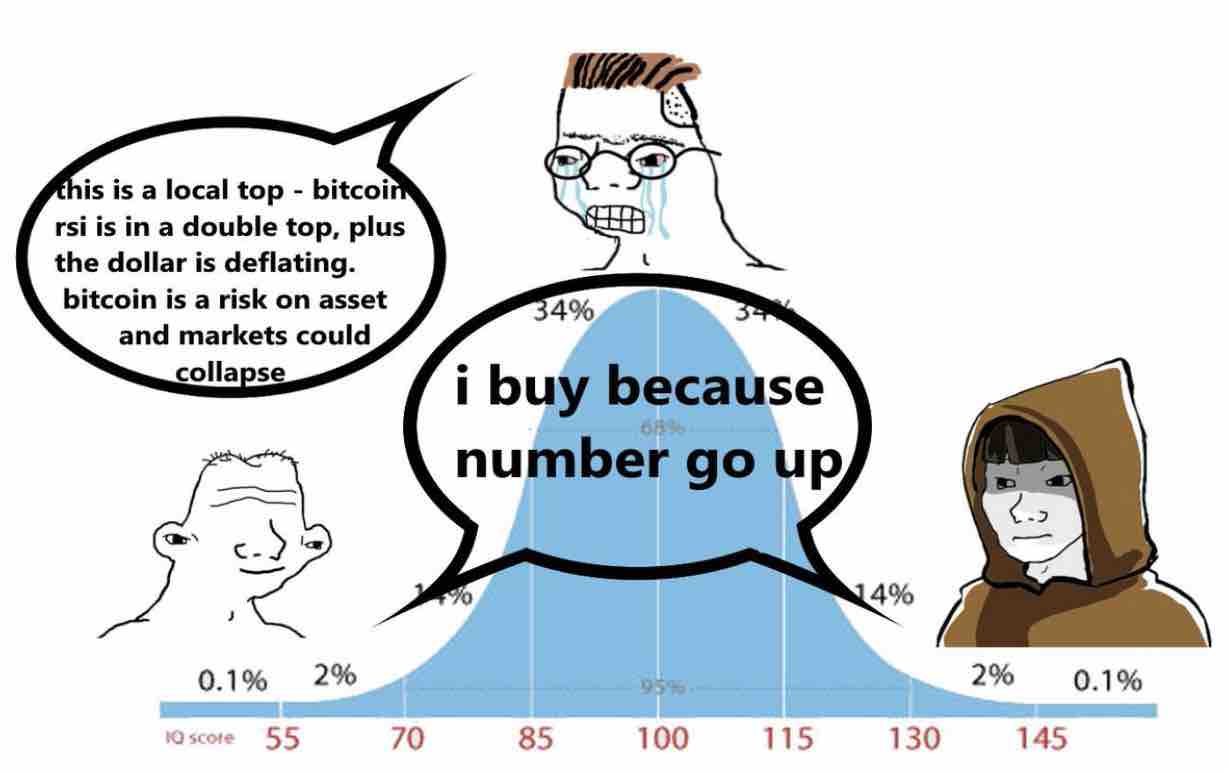 This meme, as seen with the first character on the left, captures the calmness of the early stages of buying into a certain asset. The middle character, on the other hand, captures the anxiety of being at a point where an asset’s price has grown exponentially and therefore is sparking concerns about whether or not a person should sell in order to gain a profit, but if they wait too long they can miss the opportunity. The last character, hooded and shrouded with experience, knows that he is at the tail-end of a bear market, and thus it is wise simply to hold and wait until the numbers go up again.

Below is another meme that captures current sentiments in the cryptocurrency world. 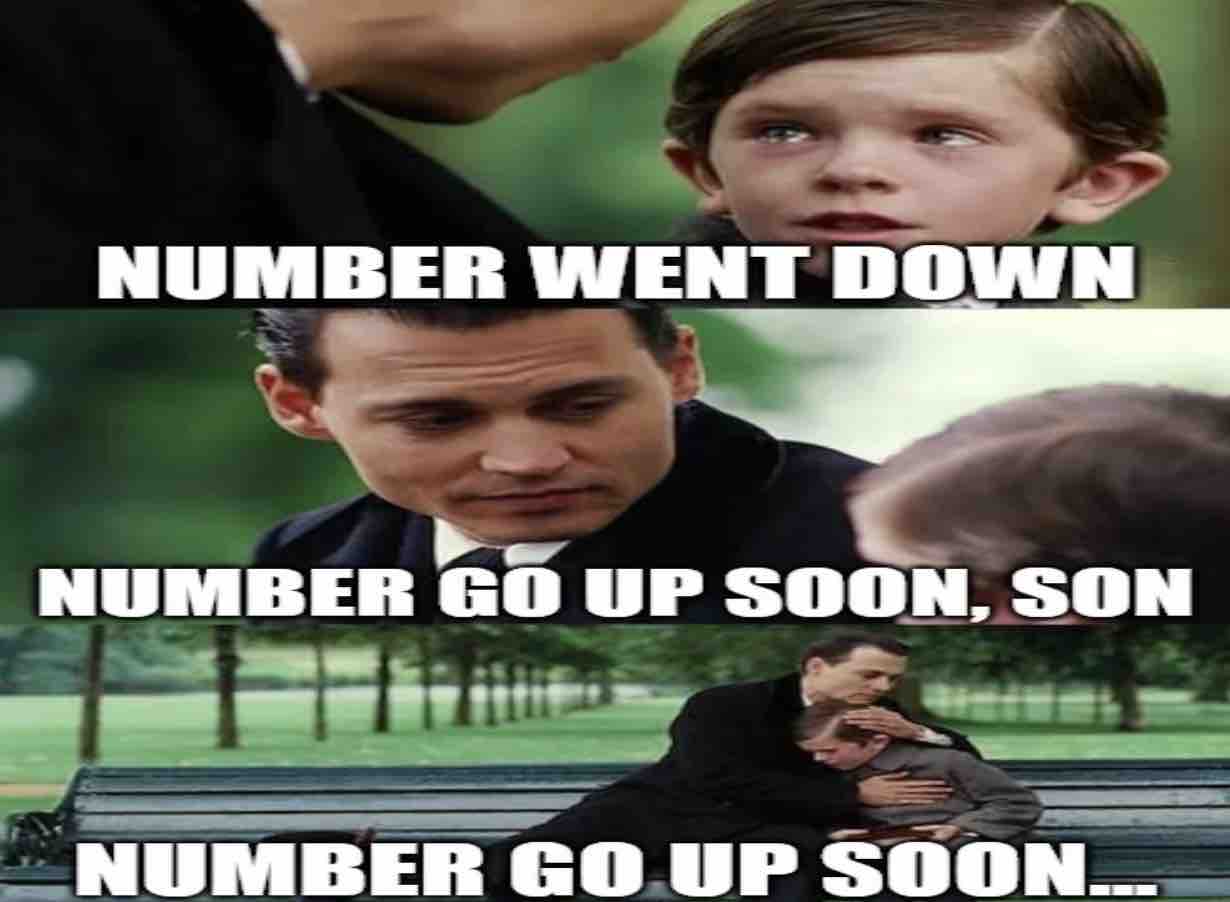 This meme captures current sentiments because in the past year crypto prices have gradually declined. This caused, as captured in the first tier of the meme, many tears, whether literally or metaphorically. Nevertheless, the next two tiers also capture the hope that cryptocurrencies will once again rise. Many are indeed hoping that numbers will go up again.

Why Are NgU Means Impactful?

NgU memes are meaningful because, at first, many people (investors, governments, bankers, and the like) believed that Bitcoin and cryptocurrencies would fail. But cryptocurrencies like Bitcoin have not only proved the naysayers incorrect, but they have also evolved into an entire ecosystem that influences many industries beyond finance.

It’s because cryptocurrencies became popular and influential that NgU and all crypto-related memes are so convincing.

Bitcoin’s price for the past year has steadily declined. Naturally, investors are interested in whether or not Bitcoin will rally. In fact, Naval Ravikant created a poll on his Twitter account asking people whether or not Bitcoin would experience a sustained rally far outpacing the stock market within the next two years. 39% answered “yes,” while 40% answered “no.” In other words, a split.

The Russian-Ukraine war has steadily been escalating to the point of threats of nuclear war. Europe is experiencing an energy crisis and so far Europe’s response has been inadequate – and winter is coming. Moreover, the world is still dealing with the damage of COVID, especially its economic impact and the resulting inflation. Therefore, it’s understandable why Bitcoin’s price continues to fall, and it’s hard to say whether or not Bitcoin will NgU soon.