What is TRIX Indicator: The TRIX of the Trade and How to Use Them

Indicators see common usage in almost all examples of trade, as they allow investors and brokers to better understand markets and their corresponding trends. They are useful and versatile — as they can be used to analyze the current conditions of an economic/financial market or to forecast its future movements, at least to some degree. The accuracy of these analyses is paramount, as this is what permits an investor to better understand how and when to trade. Indicators typically allow an investor to derive the price, volume, and interest in any given asset or security using the technical chart patterns inherent to market analysis. One prime example of these technical indicators is called the TRIX indicator. 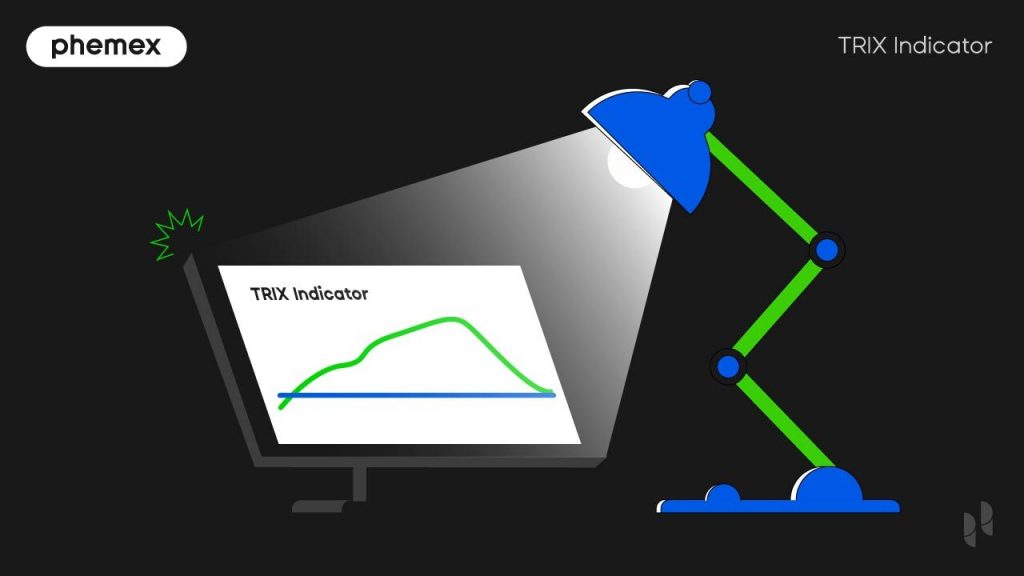 What Is a TRIX Indicator?

Developed in the 1980s by Jack Hudson, the then editor of the Technical Analysis of Stocks and Commodities magazine, the Triple Exponential Average (TRIX) is an indicator that was derived from the use of exponential moving averages (EMAs). These are calculated by averaging prices of an asset/security over a certain number of data points (daily closing prices, for example) which implies movement, and made exponential by the fact that they give extra weight to more recent data. Today, TRIX are available on most trading platforms and are used to show the range of percentage change for a triple exponentially smoothed moving average (MA). This means their role is to filter out insignificant price movements by discounting them from the indicator (a process called smoothing), thereby allowing investors to focus on the more notable movements.

How to Use TRIX Technical Indicator

A TRIX is mostly used as a form of oscillator indicator, which is a technical analysis tool that creates high and low markers (almost like a soundwave) between two extreme prices — these being the highest and lowest recorded within a given period. TRIX then builds a trend indicator by creating a graphic that fluctuates between these two boundaries, which in turn allows traders to identify overbought or oversold securities/assets and exploit this knowledge. The method by which they do this is simple; when the curve of the TRIX oscillator reaches the upper extreme, the asset is considered overbought, and as it approaches the lower extreme it is interpreted as being oversold.

A TRIX indicator can also be used as a momentum indicator. In this case, the central point of the graphic (or zero line) is the focus. If the oscillation goes above the zero line, it suggests increased momentum, or positive value, whereas if the oscillation goes below, it suggests a momentum decrease, or negative value. Analysts usually interpret TRIX positive values as a signal to buy in, and conversely they will usually sell if they identify a negative value for an asset or security.

How to Calculate TRIX Indicator?

A TRIX is essentially an EMA derived from an EMA, which in itself was derived from another EMA, hence the word “triple” being included in the name. In order to calculate a TRIX, one must first calculate the EMA of a price for a security/asset, which will generally be derived from its last closing price. This is because EMAs tend to focus more (or place more weight) on current price data, thereby giving equal weight to all price data — as opposed to normal MAs that center more around general price averages. Most trading platforms use a set 14-period (day) turnover as the standard for a TRIX indicator, but the timescale can be adjusted to suit one’s individual needs.

Here is a basic example of how to calculate a 14-period TRIX using the standard triple exponential moving average formula:

This process will calculate a TRIX that oscillates above and below a zero line, generating positive and negative values which can be used by a trader to indicate good times to buy or sell. However, divergences may occur, and it is equally important that an investor understands how best to identify and capitalize on these divergent movements, as well as more regular price shifts.

What Is a TRIX Divergence Indicator?

TRIX divergences, both bullish and bearish, form when neither the security/asset price being analyzed nor the indicator confirm what the other is showing. This occurs fairly regularly when a TRIX indicator is used in day trading. A bullish divergence is created when the asset in question forms a new low (or lower low) but the indicator suggests a higher low — meaning a low price that is higher than the previous low. Higher lows generally indicate less downside momentum, so this can be interpreted as the possible foreshadowing of a bullish reversal. This would mean that investors would likely want to buy in on the up-trending security/asset, or go long.

Bearish divergences, however, form when the security/asset price being analyzed creates a higher low, but the indicator suggests a lower high. This can be interpreted as a warning to investors and traders, as this waning momentum could be a clear indication of a bearish reversal in the imminent future (particularly when shown on a short term, 14-period TRIX). This would mean that investors would likely want to short (or sell off) their shares in the down-trending security/asset; or at least prepare accordingly. It is worth noting that these interpretations of bullish/bearish divergences do not always work out. This chart from 2010 shows several unsuccessful divergences:

When analyzing strong uptrends, bearish divergences often do not work out. Despite momentum appearing to decrease (as the indicator is producing lower highs), as long as the indicator stays above the zero line it is actually maintaining a bullish bias. The upward momentum may be less convincing and rising less quickly than it was before, but it is still up. As follows, the exact opposite is often true for bullish divergences — as they generally do not work well in strong downtrends. Despite the indicator suggesting less downside momentum by showing higher lows, downward momentum remains the dominant factor as long as the indicator’s oscillating pattern remains below the zero line of the graphic.

When bullish and bearish divergences do work out, however, it is often in quite a spectacular fashion. The trick, as with most stock market analysis, is identifying and separating the inaccurate or misleading data from that which is above board and using that correct data as an indicator to form the basis of trading decisions.

What Is the Best TRIX Indicator Setting?

As is normal when it comes to trading and the analysis inherent throughout, what is best for one trader or another is highly subjective. As mentioned, many platforms use a standard 14-period timescale, but it can be almost as common to see a 15-period timescale for a triple-smoothed EMA. Analysts that are looking for less price movement sensitivity should try including longer timeframes in their TRIX charts, whereas those seeking a higher level of sensitivity should try shortening that period — say increasing/decreasing the number of days 3X, for example. This will help to smooth the indicator and make it better suited for line crossovers, thereby increasing the likelihood of accuracy.

As with all areas of technical analysis, TRIX indicators are not wholly correct or accurate and should be used in combination with other charts and aspects of market analysis. It would be unwise to expect a single indicator to form the central basis of one’s trading decisions. It is therefore extremely important to both understand and make use of all the different forms of market analysis available to an enterprising trader, of which there are many.

The TRIX indicator is an extremely useful tool for investors, analysts, and traders/brokers alike, because it offers an invaluable opportunity to examine a price’s trend in conjunction with its momentum. As we have discussed, it does not present a fail-safe approach, but as that is a rare occurrence in any walk of life (and particularly when it comes to day trading), this is to be expected. TRIX indicators represent a versatile and relatively easy way to analyze a price’s performance, as well as to predict the future outcome of that performance — at least to some degree. It is highly recommended for any professional investor or trader to take stock of the different methods used to predict price movements, as well as to understand precedent by studying the analysis of previous movements. As soon as one has a decent understanding, both of the market in which they operate and the tools used to streamline that operation, they can begin to operate with confidence — putting the capital “C” in capitalizing. Whether learning the tricks of the trade, or the trade of the TRIX, an investor’s time will always be well served by learning.