Home > Metaverse vs Multiverse vs Omniverse: Which Is Here To Stay? >

Metaverse vs Multiverse vs Omniverse: Which Is Here To Stay?

With the growth of niche sub-industries like GameFi and SocialFi, we’re starting to see the beginning of what Web3 will enable. As boundaries of digital reality begin to blur, it’s important to draw and explain lines between such emerging orders. This article will take a closer look at three such concepts: the metaverse, multiverse, and omniverse. 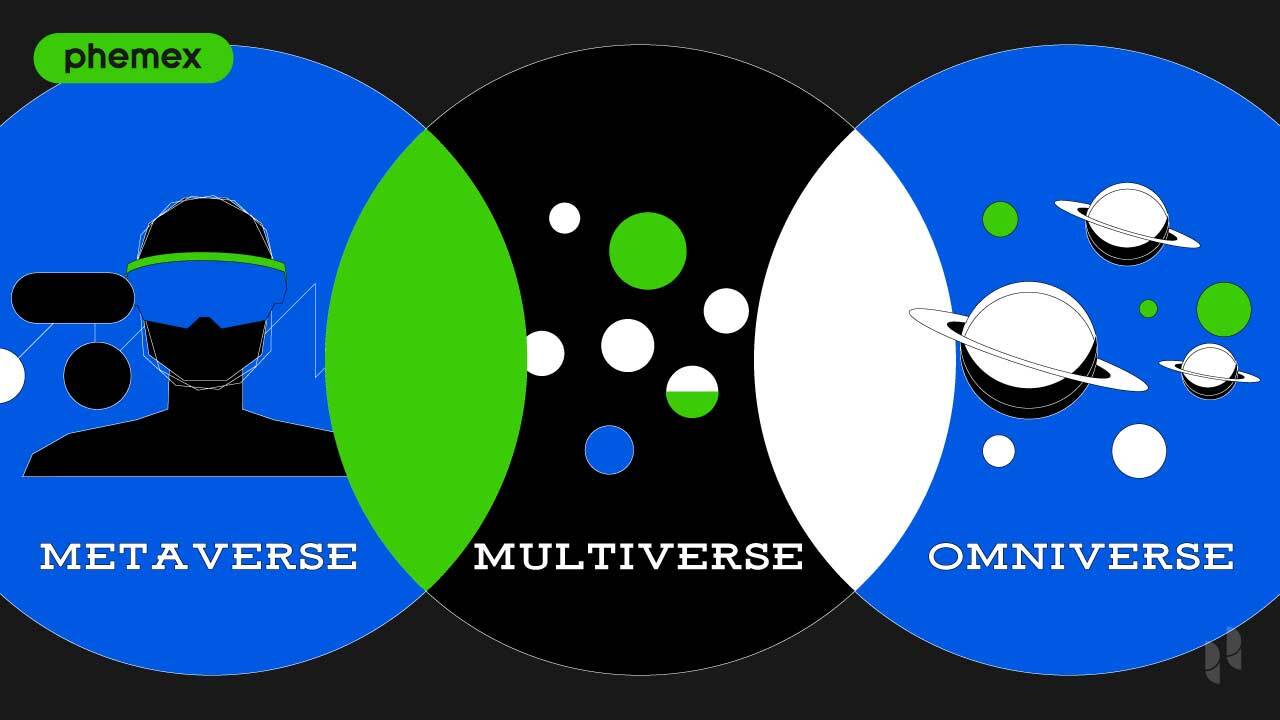 The metaverse was first coined by Neal Stephenson in a science fiction novel that details the concept of a shared, virtual space where people can interact with each other and with digital representations of themselves (avatars). In many ways, the metaverse is similar to the Internet today.

However, to understand the metaverse, one must know it’s different from the Internet in that it isn’t limited to a device or screen, and will instead be incorporated into the world around us in immersive ways.

AR is an enhanced version of the physical world. It adds digital information on top of the real world. For example, a user can use AR to see directions superimposed on the street in front of them. The metaverse, on the other hand, is a completely separate digital space.

What Is The Multiverse?

The multiverse is a collection of multiple universes – each with its own set of laws and rules. To put this into context, this would be akin to an individual’s activity on social media taking place in one universe while their activity on a gaming platform takes place in another.

The key element at play here is that universes within the multiverse aren’t necessarily connected to each other. There are limited options for transferring data or information between universes, with each one existing independent of the others.

Where the metaverse promotes a unified and interconnected approach, the multiverse champions a privacy-focused, secure, yet fragmented experience. Web2 is quite similar to a multiverse system, with many siloed platforms that are disconnected from each other.

What Is The Omniverse?

The omniverse is the sum of all universes — both real and imagined. This includes everything from the universe to parallel universes and fictional universes. Essentially, it’s the ultimate reality.

What Are The Differences?

What Are The Similarities?

Every interaction leaves a digital trace

The three concepts all technically include virtual realities created by people through their interactions in digital space. This means that every interaction performed in the metaverse, multiverse, or omniverse leaves a digital trace.

An endless array of possibilities

Another similarity is that all three concepts are open-ended and ever-expanding. As concepts, the metaverse, multiverse, and omniverse are all constantly growing and evolving. Additionally, all three concepts contain an infinite number of possibilities. The metaverse, multiverse, and omniverse each offer an endless array of possibilities for exploration and discovery.

Lastly, all three concepts are connected with user identity. This means that one’s activity in one universe will be linked with one’s activity in another. For example, if an individual plays a game on one platform, their avatar will be the same as the one they use on another platform. Similarly, if someone makes a purchase on one website, their digital user identity will be linked with that purchase in one way or another.

The industry’s in a ‘metaverse race’ where every major enterprise is competing to create its own corner of the metaverse. Some of the most prominent players include Meta, Google, and Microsoft.

NFTs are considered as an experimental investment with massive potential, but these digital assets are the key differentiating feature among users in the metaverse era. The major use cases of NFTs include gaming, digital art, and collectibles. NFTs in the metaverse play an important role in the rapidly growing crypto economy.

The biggest challenge for metaverse builders to overcome is the lack of platform interoperability. Currently, each platform exists in its own silo with no connection to the others. This fragmentation is a major hindrance to the metaverse’s growth.

The metaverse era is still in its early stages, and it remains to be seen how it will develop over time. However, one thing is certain – as a concept, the metaverse is here to stay.