There’s a crypto term for everything, including ways to express happiness, greetings, sadness, excitement, and dismay. Interestingly, as the bear market has developed, a term came out to express how traders and investors lose money off bad decisions – called REKT. 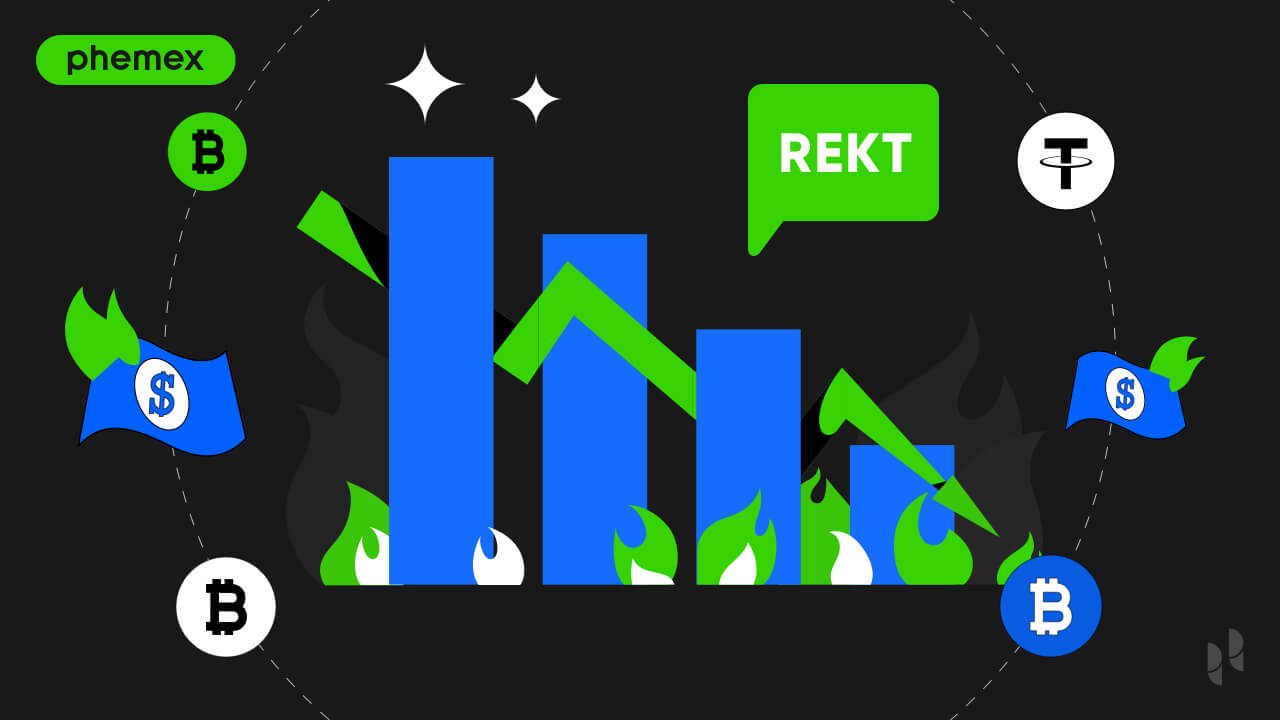 Getting REKT means getting financially destroyed in a specific trade or investment. It can differ in the amount of money being lost, but it always connotes losing a large sum of money on a very speculative gamble that’s usually highly leveraged. In summary, get rekt means losing a significant amount of money in a bad crypto trade or during volatile bear markets.

For example, “I was long LUNA and then I get REKT when UST lost its peg and collapsed.”

Anyone can make a meme out of getting rekt, whether it be saying a good online comeback or commenting on Twitter, or proving someone wrong in a debate, however, the main application of memes around getting rekt is with crypto investors or institutions making bad business decisions and Ponzi schemes being exploited. Recently the best example of people using a get rekt meme online is with the FTT scenario, where the exchange token is being exploited for its Ponzi economics and over-leveraged issuers. 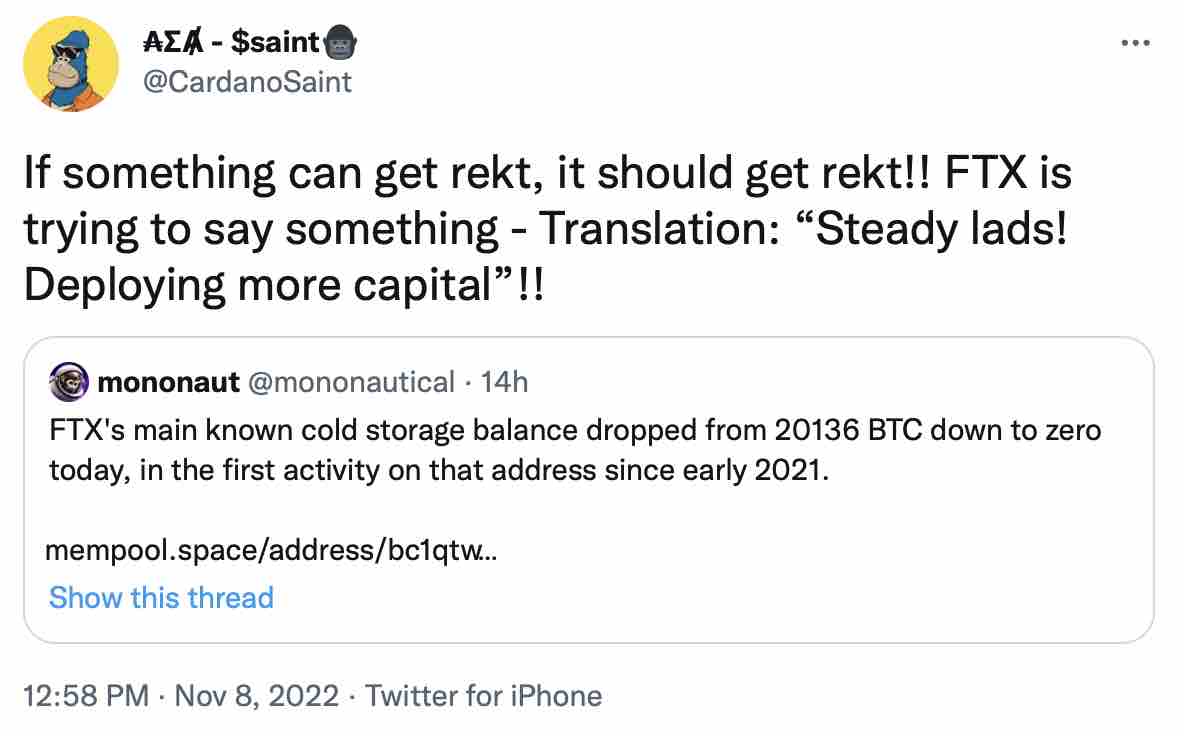 At the moment, wallets connected to Alameda Research and the FTX exchange are dumping their Bitcoin, Solana, BIT, and USDC in an effort to prop up the value of FTT and to service withdrawals. However, there’s so much spot and short selling that FTT is unable to hold up a market-supported price, and the exchange is witnessing a massive bank run, almost up to $1 billion being taken off the books. As a result, Solana is down 14% and FTT is down over 20%. So effectively, when these situations occur, similar to the LUNA fiasco, we say “X is getting REKT.”

What Are The Most Popular REKT Crypto Situations?

In 2022, getting rekt is a daily or weekly occurrence. It started off when Terra Luna crashed, it continued when Three Arrows Capital went bankrupt, was followed by the Celsius Network’s bankruptcy, and now continues with solvency issues with Alameda Research. However, this is from the institutinoal side, many individual traders have also gotten rekt throughout the current bear market.

For example, during the Squid Token crash, a live streamer went viral for his screaming reaction to the coin’s demise – and a similar occurrence happened to a group of Korean live streamers who lost over $100,000 in under a minute. 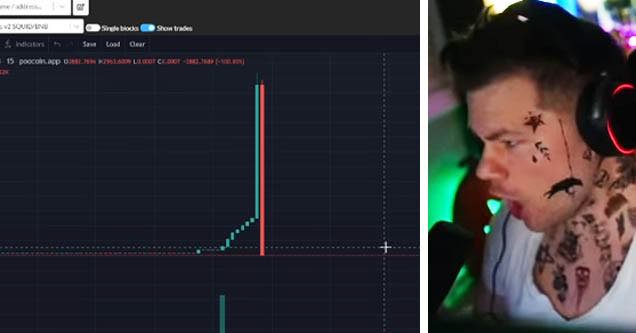 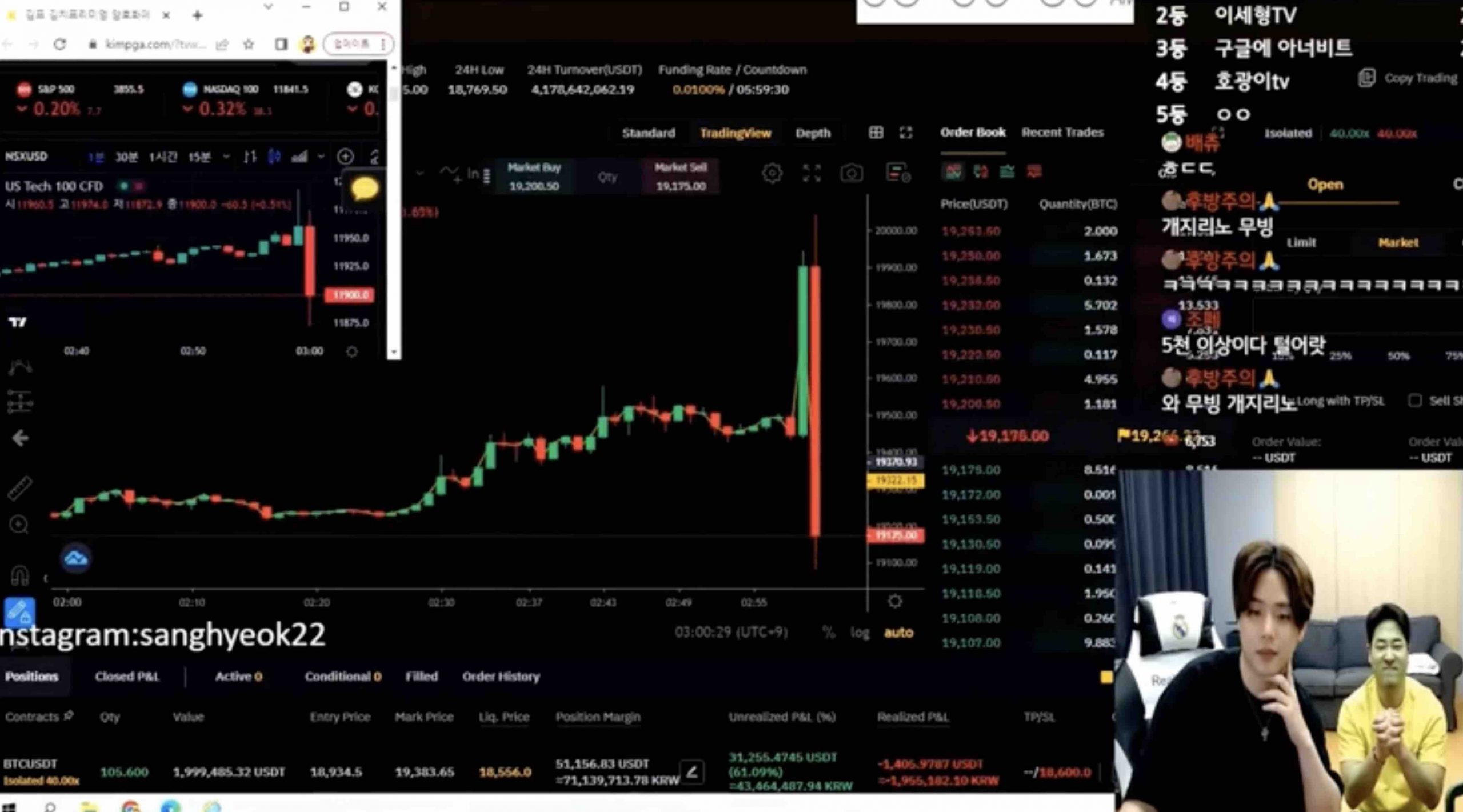 How To Avoid Getting REKT In Crypto?

It’s often over-repeated to the point it sounds cliche, but the easiest way for crypto traders and investors to avoid getting rekt is first by investing only in assets that you assess as having value and adding value to the blockchain and Web3 ecosystems. Moreover, do so while being careful about leverage and margin, and not over-doing leverage when going long or short on trades that you really care about.