Diving Into The stETH & Celsius Fiasco

In 2022, Ethereum will be transitioning to Proof-of-Stake. But before the network can go live, a certain number of ETH is required to be staked, which prevents investors from accessing their stake until the network launches. One alternative to this is liquid staking. Liquid staking is the act of delegating one’s tokens to a staking service without losing access to those funds. 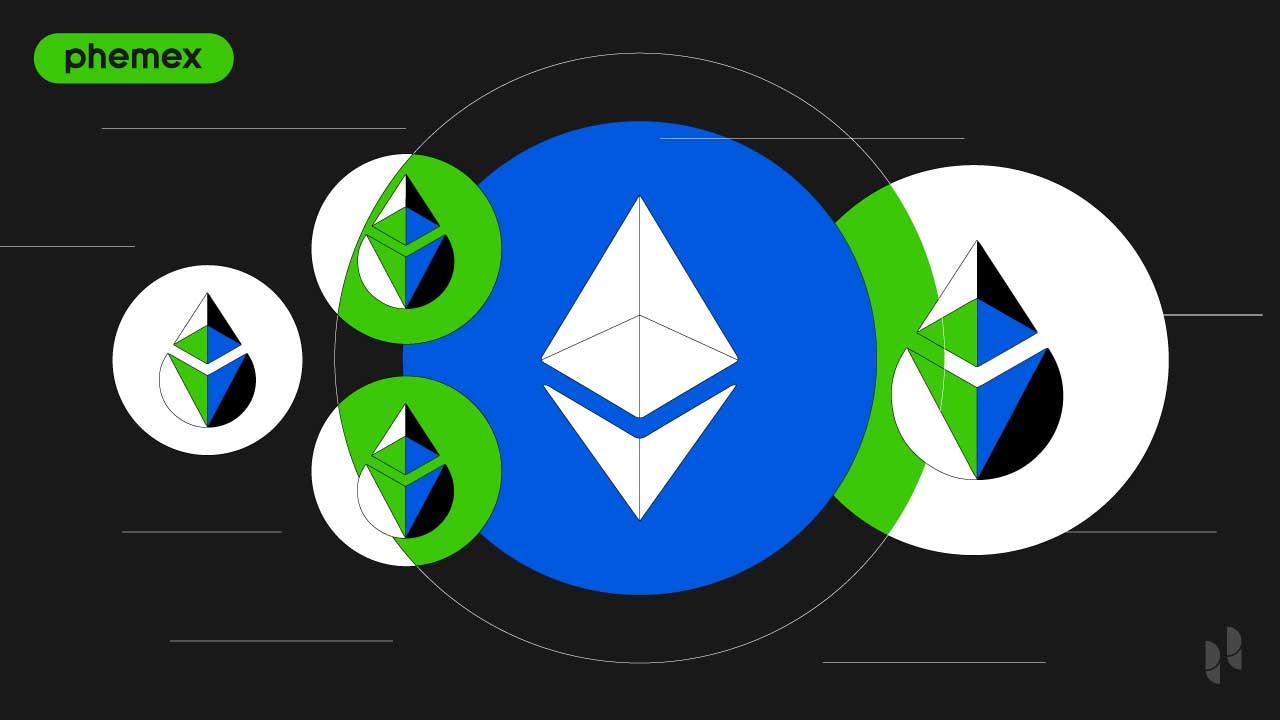 Lido Finance is a liquid staking solution for Ethereum that offers staking for PoS-based assets like ETH using a synthetic asset known as staked ether (stETH). With Lido, you can lock up ETH in exchange for Lido stETH which mirrors ETH 1:1 and acts as a ‘proof of ownership’ for staked ETH. stETH can also be deposited into DeFi platforms to borrow more assets, earning additional interest rewards once redeemed.

(Source: Because of the event, Lido’s TVL fell from over $20 billion to $5 billion)

However, as the markets recently crashed, another crypto loan and lending platform, Celsius, announced it would be suspending withdrawals due to extreme market conditions (and to stabilize liquidity). In mere hours, the platform’s native CEL token plummeted 70%, leading to a giant selloff bringing the total cryptocurrency market cap down by two-thirds to under a trillion dollars.

Celsius used Lido for ETH staking, and deposited their stETH onto AAVE, a DeFi lending platform. The deposited stETH would typically earn interest for Celsius to pay its investors the promised rate of return on their ETH. On top of this, more ETH was borrowed using the stETH collateral, which can then be further staked on Lido for stETH, and the cycle continues.

This is exactly what happened to stETH. Using this strategy, Celsius risked its users’ funds with little liquidity for contingency, who are now demanding withdrawal of their ETH.

How Did This Lead To The Depegging Of stETH? 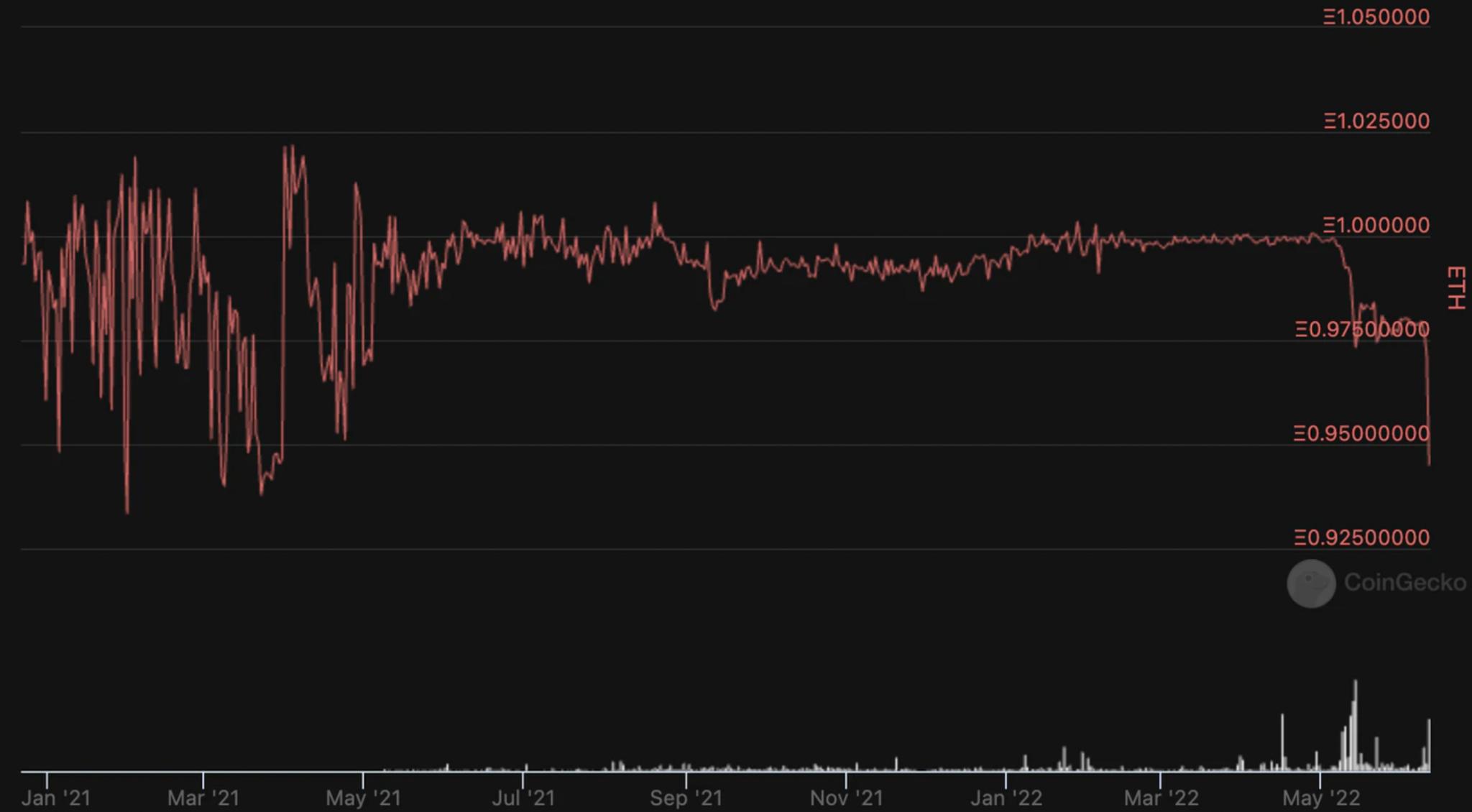 (Source: This graph depicts the value of stETH from the beginning of when Lido was launched, and as you can see it was volatile at first, then stabilized for over a year, and then in May 2022 lost its peg when the UST crisis unfolded)

While the source of depeg is not pinpointed yet, one of the stated reasons is Alameda’s sale of stETH (worth $1.5 billion). This then led to smaller wallets following suit due to the momentary depeg.

stETH represents ETH staking on the new Ethereum Beacon Chain which is not yet live. Therefore, the stETH can be redeemed only after the merge goes live. As a result of customers demanding ETH, Celsius had to take the secondary market route to sell stETH for ETH – and this large number of sale transactions created a depeg between ETH and stETH.

If this intensifies, DeFi will stare at a larger risk from other players like Swissborg who may have similar maturity mismatch issues. Protocols like AAVE and Maker DAO are already witnessing a drawdown in liquidity that will also risk billions in liquidations due to over leveraged borrowings.

While this may give Luna/UST blues to some, it’s also worth noting the fundamental difference between the two. The price of stETH is not reflective of Lido’s core functioning. The stETH price is set by the secondary markets on exchanges which is influenced by the status of the merger, risks in smart contracts, and the liquidity levels.

Lido’s official Twitter handle brings this point home – “These large swings are, in most cases, linked with the specific liquidity needs of certain market actors – they are not tied to the fundamentals of stETH or the value of the underlying assets. All stETH issuances are verifiably backed 1:1 by ETH deposits on the Beacon Chain.”

What Will Happen To ETH & stETH?

This situation has impacted Celsius and the trust of its investors, but the greater fallout will be if this is passed on to other major CeFi players in crypto as they have exposures large enough to spook the already ailing markets. Celsius has halted withdrawals on its platform. It’s definitely facing risks, but the ETH collateral (which is the investor’s principal) is safe.

Unlike UST, Lido stETH will still be available for a 1:1 swap on the Beacon Chain, just not yet – time is of the essence because short term liabilities are being managed with long term assets. This depeg will bring heat for such players as they will investors. The risks for ETH staking through stETH rise only if they’re leveraged elsewhere and the stETH and ETH price continues to plummet. However, arbitrageurs have been quick in restoring the stETH/ETH peg, and leveraged positions have little reason to worry if their liabilities are ETH denominated.

How To Invest In stETH On Phemex?

Phemex recently released the STETH/USDT spot trading pair. Moreover, there’s an exciting event going on that has a price pool of 30,000 USDT for select traders.