Laser Eyes Meme & Crypto: Where & Who Started it?

The laser eye crypto meme is one of the latest additions to the robust world of crypto memes, and just like many other memes, this one carries a specific message and a clear point that is trying to be made. Although it has appeared less and less following the market’s drop from all-time highs in April, let’s not forget the movement and what the meme signified to the crypto community. 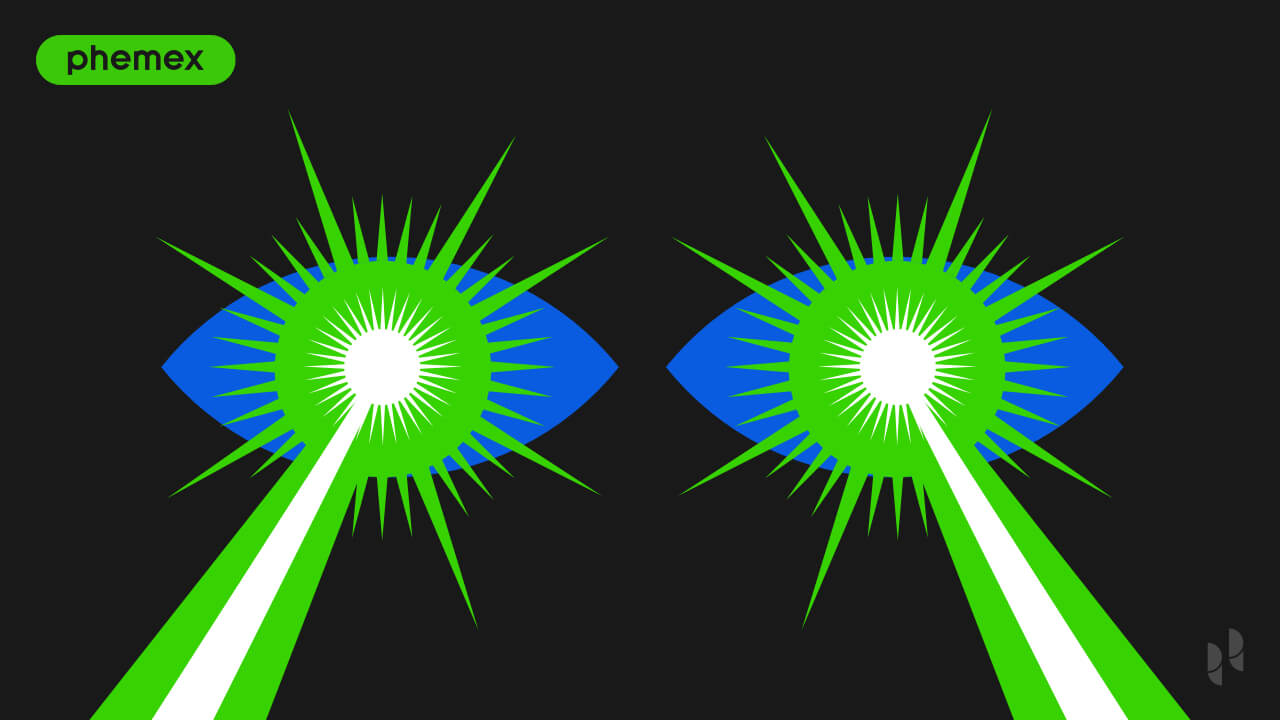 How Did The Laser Eyes Meme Catch On?

We first saw the laser eyes from a series of celebrities and professional investors early this spring, mainly from the likes of Microstrategy CEO Michael Saylor. However, the trend quickly caught on as Bitcoin smashed through previous records and demand was hot for cryptocurrencies. As a result, this spurred a general interest from the public and spread to other celebrities, including Tom Brady, US Congressional members, Mexico’s richest man, and eventually culminated in boxing legend Mike Tyson creating a “laser eyes NFT.” 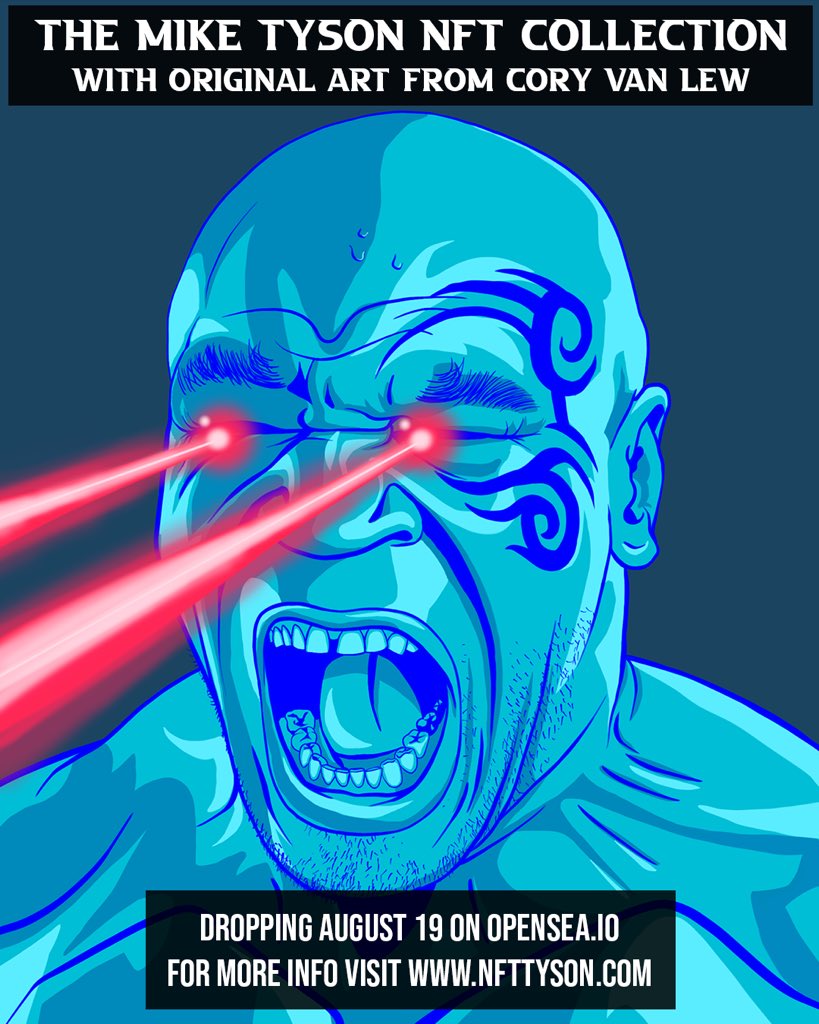 What Does Laser Eyes Mean For Crypto?

TL;DR – The Laser Eyes Meme Signifies You Are Bullish On Crypto

Essentially, changing one’s profile picture to laser eyes signified you are bullish on Bitcoin and other cryptocurrencies. In fact, it was color specific as well, blue was for Ethereum and red was for Bitcoin.

Is There A Political Meaning Behind The Laser Eyes?

However, besides being plain old bullish on crypto, laser eyes started to take on a deeper meaning. In particular, it started feeling cult-like and taking a political and philosophical stance on the way the economy is being run, whether that relates to stimulus policies in the US, the Coronavirus, and the overall frustrations felt worldwide regarding politics, freedom, and one’s place in “the system.”

In support of my last point, Michael Saylor, who some view as more radically in favor of crypto, made a tweet in early May where he published his stance on cryptos. The content is in the picture below.

Put The Laser Eyes On & Get Fired Up

However, moving away from the individual politics and the economics behind why people may love crypto, in a way, laser eyes also symbolizes a “power-up.” For example, in the Superman movies every time Superman is going to fight someone, when he gets angry at an evil villain, or when he is enraged by some “immoral behavior,” his eyes go red and he becomes invincible. The same with Thor, whenever Thor uses his hammer and uses his thunder and lightning powers, his strength and ultimate peak are reached. After both these characters become nearly invincible following their laser eyes, they can defeat any enemy and defeat any problem.

Many people in the crypto community feel the same way. Cryptocurrencies at large allow people to have more financial freedom, be subject to less government scrutiny, and they give investors a sense of community that they are not alone in the struggle to financially “make it” in the 21st century.

What Is The Origin Of The Laser Eye Crypto Meme?

The laser eye crypto meme has two main characteristics: the eyes and the color of the glow. All in all, the focus of this meme is on the eyes. The significance of this is mainly “eyes are vision, a knowing of something, or an insight into something.” To elaborate on this aspect, let’s refer to a video released by Jonathan Pageau, a popular YouTuber, and Icon Carver.

In the video, Pageau discusses “how to be a hero in an upside-down world,” and how Christopher Nolan’s, The Dark Knight, demonstrates how to do so. Specifically, Pageau references the scene in the movie where the Joker has created a hostage situation. The scene is composed of armed clowns who are holding hostage innocent doctors. The police also hold this perspective.

However, there is a trick. The truth is the armed clowns are in fact the innocent victims, while the doctors are the criminals waiting to ambush the police. The only person who knows this is Batman. He knows this because he has the “sight,” which in the movie is shown as his glowing, white eyes — that reveals the truth.

The issue at this point in the movie is that Batman and the police are not collaborating. Therefore, as Pageau explains, “Batman realizes that this situation makes obeying those in authority impossible for the time being. So not only does he disobey the police, but he actively attacks them. He prevents them from harming the clowns who are victims in disguise. By attacking the police, he is not only protecting the hostages, but he is actually protecting the police themselves, though we have no way of knowing that at that moment [in the movie]. Without knowing it, the police are in danger of compromising themselves by killing innocent victims and also of being ambushed and killed by the kidnappers who are dressed as doctors. But from the police’s perspective, Batman is helping the kidnappers, so they soon turn their hostility towards him as well. Therefore, by all appearances, Batman is now their enemy, although secretly he is helping them.”

The laser eye crypto meme, then, seems to be following (to a certain degree) the same pattern as Batman. The individuals who use or adopt the laser eye meme as a profile picture are expressing that they know something. However, it is hard to say exactly what it is that they think they know, but it seems to be along the lines of this: holders of cryptocurrencies, particularly Bitcoin, believe crypto and blockchain technology can create a superior financial system. They see the “old system” as “rotten and enslaving,” thus crypto is a way out. That seems to be what they are “seeing.”

What Does The Color Of The Glowing Red Eyes Mean?

The color of the glow, which is typically red, has the immediate effect of creating a sinister or devious look. On the other hand, Batman’s eyes glowed a light, white color, which had the opposite effect. Therefore, what seems to be going on is some kind of inversion that those who are using the meme are not using it because they are doing something truly sinister, but rather are using it in a way to be devious.

The crypto-community has been under constant consternation from the “established powers” such as governments, media, and traditional financial institutions. Moreover, because of this “bad and taboo” label that is being thrown at crypto, the crypto community is now embracing it in a way to use humor to mock “the establishment.”

In the end, the laser eyes crypto meme is really intriguing as it has lots of different meanings and inspirations. Also, it can be diversely interpreted based on one’s personal experience and individual beliefs. Some people may take it more seriously than others, but at the end of the day, the goal of the movement is the same, to increase the adoption of cryptocurrencies and to move forward into the crypto economy.