Non-fungible tokens (NFTs) is the latest craze that is engulfing the world of cryptocurrency. These are essentially digital assets, each completely unique (hence the term “non-fungible”) and stored on a blockchain. Almost anything that can be stored in the form of a digital file (i.e. on a computer or smart device) can be an NFT, at least in theory.

NFTs have found explosive adoption in the world of gaming through a play-to-earn model, as players can finally own their in-game assets and even port these across different games, especially if these games exist within one ecosystem–like the one Vulcan Forged is building. 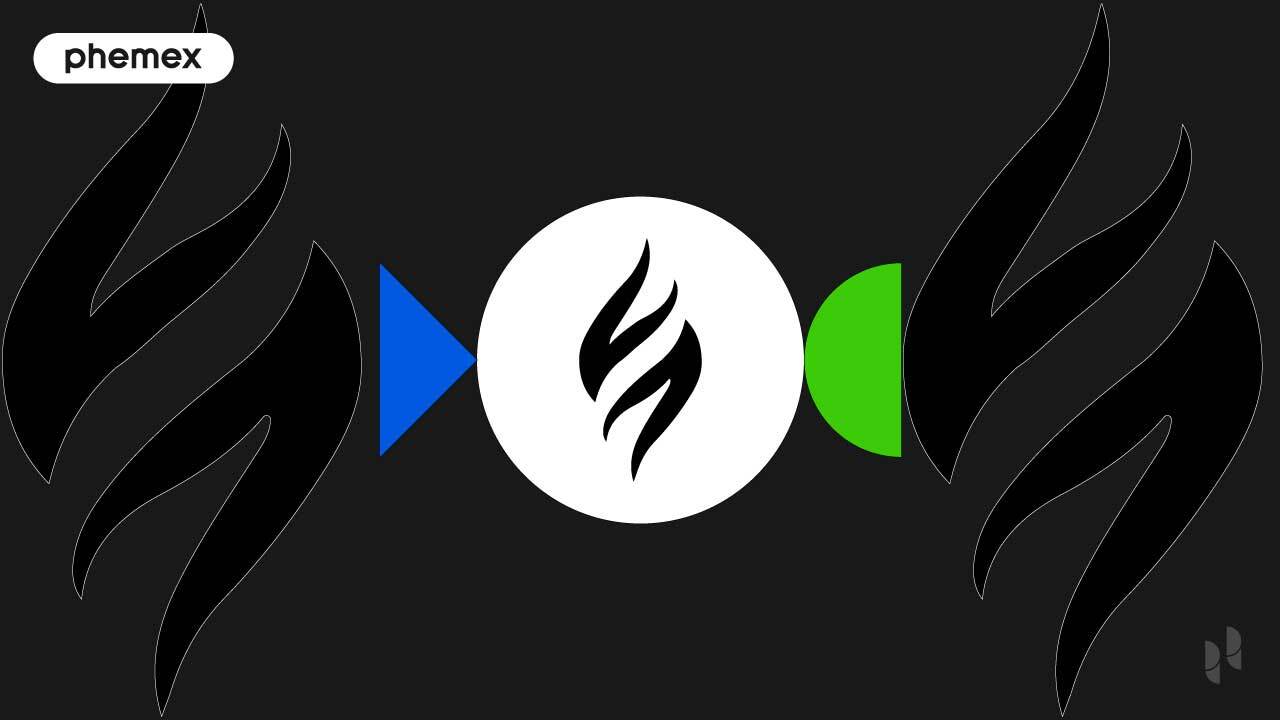 What Is Vulcan Forged?

Vulcan Forged is an Ethereum-based blockchain game studio with a focus on community-building i.e. supporting blockchain game developers through one common incubation and crowdfunding infrastructure. So far, it has more than 10 games in its ecosystem.

Vulcan Forged’s native ERC20 token, PYR, powers the entire ecosystem and can be used in game titles that are part of the Vulcan Forged ecosystem. It has a circulating supply of almost 23.9 million tokens and a current value of $3.67. This gives PYR a market cap of just over $88 million.

One of the many games in the Vulcan Forged ecosystem is VulcanVerse, a massive multiplayer online role-playing game (MMORPG) with a fighting fantasy narrative based on Roman and Greek mythology.

Accompanying gamers on the journey in VulcanVerse are Vulcanites, NFT creatures ranging from minotaurs to dryads and sabretooth tigers that battle, find interesting artifacts and embark on espionage to build and defend their master’s land plots from adversarial Vulcanites.

Vulcanites can be purchased or traded for in the Marketplace, or sometimes won through competitions or quizzes hosted on the Vulcan Forged social media accounts. The great thing about having an entire ecosystem of games is that these Vulcanites can also be deployed in other games such as Berserk. 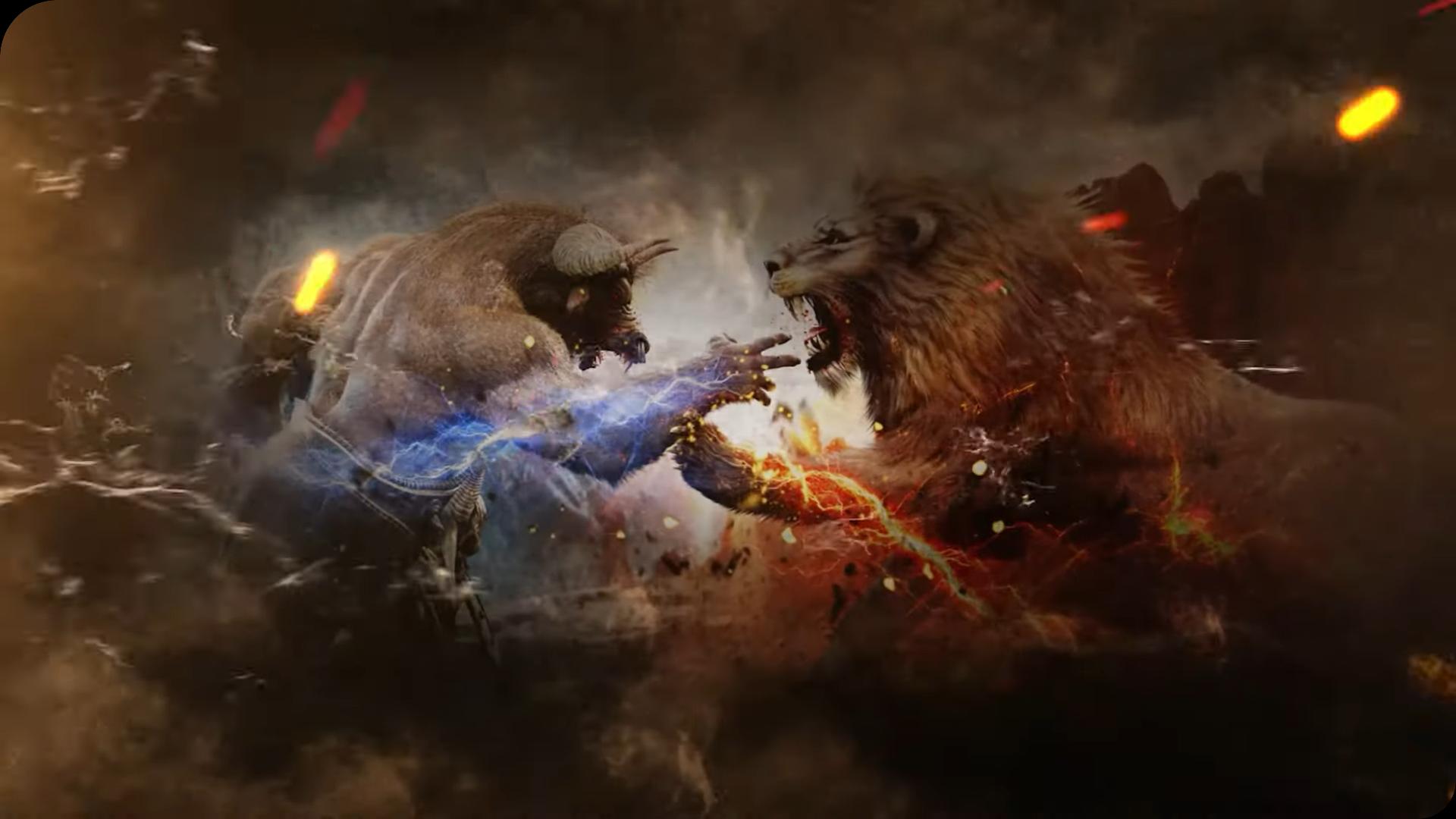 Minotaurs and beasts battle it out in VulcanVerse (Source: Vulcan Forged)

How to get started: As the game is in beta phase, gamers need to buy land in order to access the game. Land can be bought from its NFT marketplace, or rented from other gamers or NFT holders in its Cedalion Program.

How to earn: Players earn what is called XP through most in-game actions such as embarking on a quest, visiting landmarks and upgrading items. Once a player has earned a total of 10k XP, they qualify to earn $LAVA, the Vulcan Forged ecosystem Play-to-Earn token, which can be traded for the primary token $PYR and cashed out on exchanges such as Phemex (see below).

PYR is the native cryptocurrency of Vulcan Forged used as a settlement, staking, and gaming token. It primarily functions as the currency for purchase of NFTs from its marketplace to play any games in the ecosystem. Gamers can also stake PYR to earn passive income by leveling up land or participating in PYR staking programs to provide liquidity.

In addition to PYR, there is a secondary token deployed on the Vulcan Forged network called LAVA. LAVA has many of the same uses as PYR, but primarily serves as a reward system for completed in-game quests, missions, and tasks.

LAVA also acts as a reward for simply owning PYR, as part of Vulcan Forged’s Lava Appreciation Program. In this system, Basic Gem (Tier One) members are rewarded 3 LAVA tokens per day if they hold between 1,000 and 2,000 PYR. This continues right the way up to Cedalion Gem (Tier 8), where 450 daily tokens are awarded to any user who maintains a balance of over 50,000 PYR tokens. However, PYR still acts as the network’s primary token.

Starting out at a price of just $2.10, PYR languished in obscurity for some time before it finally found its footing–even crashing below its start out price during the month of July, 2021. This was seen by many as being, at least in part, down to poor timing – as the cryptocurrency industry found itself awash with a flood of NFT and GameFi startups all vying for users.

By September that same year, Vulcan Forged saw an increase in adoption, leading to a corresponding PYR price jump. During that month (and the following) PYR’s price went on a steep upward trajectory, and by the end of October 2021 PYR was being traded at $22.38 per token. 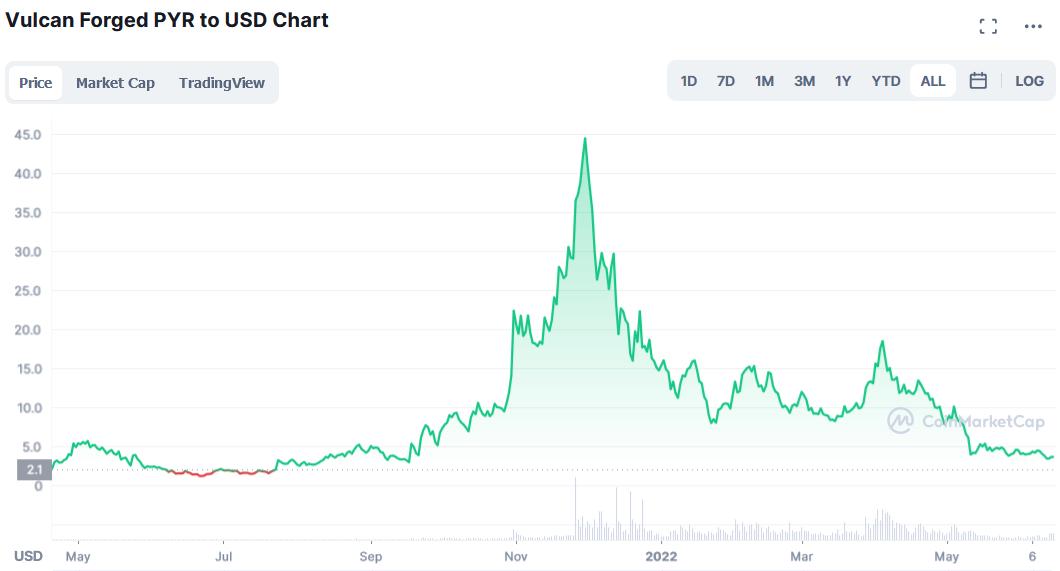 By the end of the following month, November 2021, the price of PYR had reached its all-time high; a whopping $44.44–representing over 20X returns for early investors.

In December, hackers stole 4.5 million PYR ($140 million at the time), nearly 9% of the token’s total supply, causing prices to tumble 34% to $21. Vulcan Forged announced a day after the hack that it had made good on the losses to nearly all investors by drawing from its treasury.

Similar to most other crypto in the last few months, it has since lost more than 80% of its value from the all-time high, trading at $3.70 at time of writing.

Buying PYR on Phemex is a straightforward process:

Who Is Behind Vulcan Crypto?

The visionary behind the Vulcan Forged platform is Jamie Thompson, a UK-born entrepreneur currently based in Greece, which is partly what provided the inspiration of the Greco-Roman style of the VulcanVerse. Thompson, whose background is in the video game industry, has stated in interviews that the vision is to create a stable and safe platform for gamers and crypto enthusiasts alike.

Vulcan Forged’s calling card, he has said, is to create glitch-free experiences that are both suitable for the casual fun-seeker and the more profit-driven crypto investor–without compromising on fundamentals such as gameplay and graphical design.