PoC vs Prototype vs MVP in Blockchain: The Best Ways to Verify a Project’s Viability

Every start-up in the technology field employs a series of processes and techniques during their inception period to help provide better stability, usability, and product awareness to its prospective clients. Ultimately, it is up to the developers which of these protocols and processes to use, but to avoid them entirely can spell doom for a product, particularly during the early stages of its development. Proof-of-concept (PoC), minimum viable product (MVP), and prototype are some of the most common processes chosen by developers, but what actually are they? 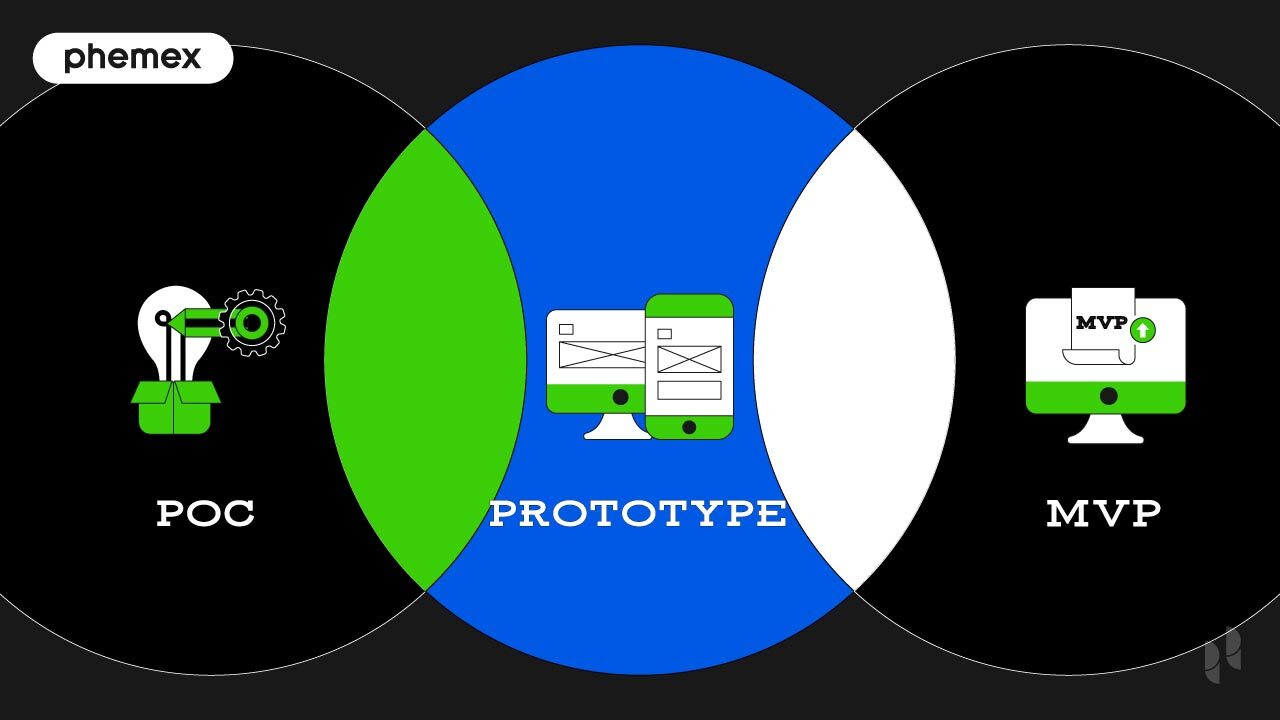 What Does PoC Mean in Cryptocurrency?

Sometimes called proof of principle, a proof-of-concept (PoC) is the very initial development stage used by many blockchains, cryptos, and technology-based start-ups. PoCs can be composed of various factors:

Additionally, a PoC in blockchain technology will also commonly allow investors to verify that an idea has real-world potential. This is achieved through other methods, such as demonstrations of the successful existence of other, similar technologies (or the exact opposite – which could suggest a gap in the market), as well as small exercises to test the design idea itself.

What Comes After Proof-of-Concept?

After PoC, the next piece of unfamiliar terminology that crypto newcomers are likely to encounter is a “prototype.” This step is considered the next stage of a standard tech start-up process. Prototypes are sometimes confused with “pilots,” but these are actually quite different things:

As you would expect, a pilot typically occurs further along the start-up process than a prototype — which, broadly speaking, takes place directly after the PoC phase. This is not always the case, as businesses can attempt to start-up in whatever way suits their adopted strategy, however, it is the most popular route for investor-financed business models.

What Is an MVP and What Does MVP Mean in Crypto?

Another slightly more complex development and testing process of a tech start-up’s development process is known as a minimum viable product (MVP). This stage is not always employed, but when it is, it is commonly sandwiched between the prototype and pilot stages.

MVPs in crypto are development strategies where a business attempts to release its product with just enough features and usable characteristics to entice clients to get involved as early as possible. This allows users to give feedback on the perceived advantages and disadvantages of the proposed system, which can assist future developments (a pilot, for example). When a team develops an MVP they do not waste time or resources on anything except the bare minimum needed for users to be intrigued, as the name MVP suggests. 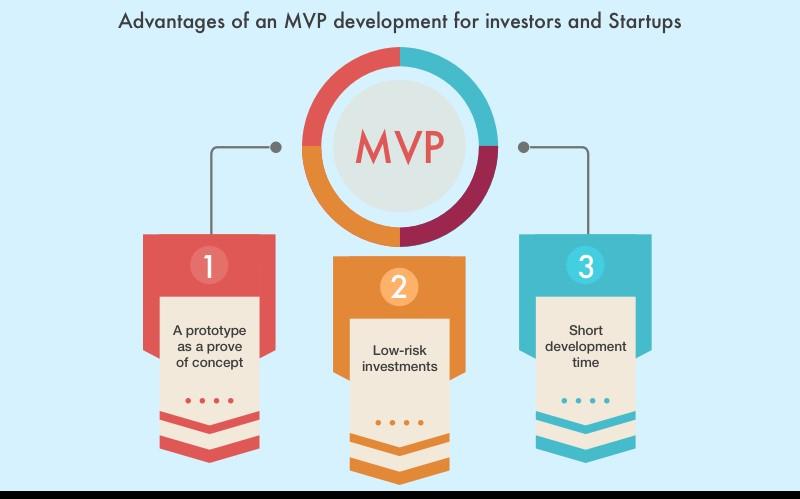 Some businesses decide to jump straight into the MVP development stage (Source: bacancytechnology.com)

A project brought out in its MVP stage can be subject to dramatic changes or even complete abandonment by the company that releases it, dependent on the feedback received and the costs incurred. While it may look functional, the coding an MVP is built upon is often far from complete — with some MVPs requiring manual interaction from the developers themselves to function at all. In this regard, an MVP is basically just a project with the minimum necessary set of functions required to quickly release it, albeit in an incomplete form.

3 Stages of an MVP

In tech/crypto development, there are usually three stages an MVP will go through during its lifecycle:

PoC vs. Prototype vs. MVP vs. Pilot: Which is Better?

As we saw earlier, a prototype is basically an attempt to test critical aspects of an unfinished system and describe certain functionalities, allowing developers to identify the structural integrity of their ideas. They generally serve as the first digital model of a product, though they are rarely shown to prospective clients or rolled out in any way, instead, being more for the benefit of developers and potential investors. In this section, an attempt is made to compare all four different conceptual stages we have discussed in this article, using prototypes as the base idea for the purposes of comparison. This should allow better understanding of why some businesses choose to forgo one, or even all, of these stages entirely:

If a prototype is an effort to test the most critical aspects of an unfinished system, then a PoC is an attempt to show that these critical aspects are feasible to create in the first place. This is usually achieved through a series of rudimentary demonstrations, presentations, and often large amounts of paperwork; it is not an attempt to make a semi-complete digital model. PoCs are essentially for the investors’ benefit – at least for developmental purposes – and are considered the first stage in a tech start-up’s development process.

Whilst prototypes generally serve as the second stage of a development process, MVPs usually constitute its third stage and serve as a product’s first market test. Thus, it is usually the first time a model is presented to any prospective clients, thereby allowing developers, investors, and a tiny group of clients to provide feedback. Although MVPs still represent an unfinished product, they provide much more usability than a prototype — especially as they integrate user interaction. It is usually during the MVP process that an idea becomes fully formed and its viability properly determined.

Often the fourth and final stage of a tech start-up’s development, a pilot represents a fully functional product, though still easily changeable should the need arise. Unlike prototypes, pilots are released to the public (usually a small group), which provides value to developers, investors, and a much larger group of clients than even an MVP would. Pilots are usually released when all viability has been determined, and a product is almost ready to be rolled out. Pilots serve the purpose of testing a product one final time in order to make some last moment tweaks and changes. Graphic showing the general order of a tech start-up’s development. In this model, the pilot stage would occur just before “production,” though this may differ depending on the approach taken. (Source: os-system.com)

How can you utilize PoCs, MVPs, and Pilots?

These development tools and their many components mean that they are useful to both the founders of the company or product, as well as to investors:

Ultimately, each of these development tools has their own qualities. Deciding which approach works best for a business is therefore down to the entrepreneurs and developers releasing a product; with some businesses choosing to try every approach and others none at all. However, it is clear that each of these stages can be used to provide a rapid and economical method for product validation. For centralized businesses, decentralized businesses, or even a cryptocurrency, no matter if one or all stages are used, these tools allow for user interaction, the testing out of foundational ideas, and the providing of valuable feedback for developers and investors alike. By exploring and experimenting with these techniques, developers can troubleshoot their conceptual business ideas and gain a much more complete understanding of their product’s overall marketability.