Capital at Risk vs Value at Risk: How to Evaluate Your Investment Risk

Understanding your portfolio’s risk is important because it can be a predictor of your ultimate wealth. But how do you assess the riskiness of a diversified investment portfolio, which may contain stocks, bonds, derivatives, and cryptocurrencies? And how do you assess the relative risk of each type of investment? Two types of financial risk assessments that are used to evaluate risk are capital at risk (CaR) and value at risk (VaR). 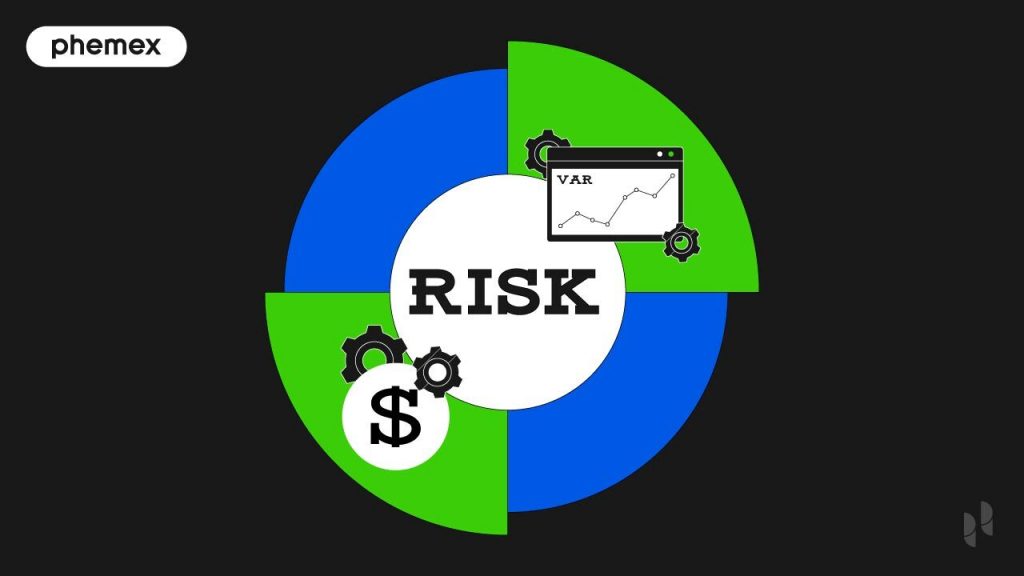 What Is Capital at Risk?

Capital at risk (CaR) is an amount of capital that an individual or corporate entity sets aside to cover potential risks.

For example, an insurance company typically receives premiums in cash. However, these companies are also required to maintain a surplus amount of cash in case they are forced to pay for losses and expenses that exceed the premiums collected. The amount of this surplus is called capital at risk. The amount of capital at risk that insurance companies must set aside is determined by a number of estimated claims and the quantity of paid premiums.

CaR is also important under the US federal income tax code, particularly to those tax payers seeking favorable tax treatment for their capital gains. To be afforded this favorable tax treatment, the IRS requires investors to have an amount of capital at risk in the underlying investment. This amount is dictated by the Internal Revenue Service (IRS) and the federal income tax code.

Is Capital at Risk the Same as Capital Risk?

Is Capital at Risk the Same as Risk Capital?

Capital at risk should also not be confused with risk capital. The term risk capital is often used to refer to capital that is invested in speculative investments. These investments are typically characterized as having a high degree of risk but coupled with the possibility of earning a high reward. Risk capital could include investments in a startup, a new cryptocurrency, or money used to fund your own business.

What Is Value at Risk?

Value at risk (VaR) is a financial formula used to determine a worst-case investment scenario over a particular time frame.

How To Calculate Value At Risk?

There are three different analytical techniques for determining VaR:

For example, suppose that you wanted to determine the one-day 97% VaR for a hypothetical cryptocurrency “ToolCoin” using 100 days of historical pricing data. Using the historical method, you would study the last 100 days of ToolCoin’s price action. You would order these prices from the worst pricing day to the best, similar to the hypothetical table below:

The 97th percentile VaR in this hypothetical case corresponds to the third-worst return, which is a price drop of 11.12%. Therefore, ToolCoin’s risk can be represented as having a 1-day 97% VaR with a loss of 11.12%. That means there’s only a 3% chance your ToolCoin investment will drop more than 11.12% in a single day. In other words, you can be 97% confident that your potential ToolCoin losses will not exceed 11.12% in a single day.

If you think this is an acceptable level of risk, then ToolCoin would be an attractive investment option for you. However, before you invest in ToolCoin, you might want to consider using this same VaR calculation method for other cryptocurrencies to compare risks.

The parametric method, also known as the variance-covariance method, calculates VaR as a function of mean and variance of historical returns.

This method assumes a normal distribution of returns and requires that you determine three criteria before you can compute VaR:

With these three values, you can then plot your normal distribution, which would look something like the graph below:

The point on the above graph marked as “VaR” represents the calculated worst-case scenario given the three criteria. Let’s assume that this computed VaR is 3%.

One disadvantage of this method is that the software generating the simulations may be slow based on the number of different inputs and calculations that need to be computed.

What Is Conditional Value at Risk?

Conditional value at risk (CVaR) is related to value at risk (VaR). CVaR represents a tail end financial risk metric. It provides an idea of the scope of losses that might be experienced once losses have exceeded the VaR. Unlike VaR, CVaR is an average of the losses over a certain time period.

The graph below illustrates a normal distribution of investment results. Both VaR and CVaR are represented as losses, towards the left (negative) tail end.

Rather than a point on the graph, CVaR represents the average loss given by the area under the curve in the “tail” portion of this normal distribution.

What Are the Advantages of Value at Risk?

What Are the Disadvantages of Value at Risk?

On another hand, using Value at Risk (VaR) may carry several disadvantages.

CaR and VaR are popular financial risk assessment and risk management tools. CaR is essentially capital that is set aside to cover future potential losses. As noted, CaR should not be confused with capital risk or risk capital.

VaR, on the other hand, is a metric you can use to consider a potential worst-case investment scenario. VaR is a well-accepted risk assessment method and is quite flexible, as it can be used for different asset classes. But VaR also has certain limitations, so you should weigh both its advantages and disadvantages when evaluating your investment risks.