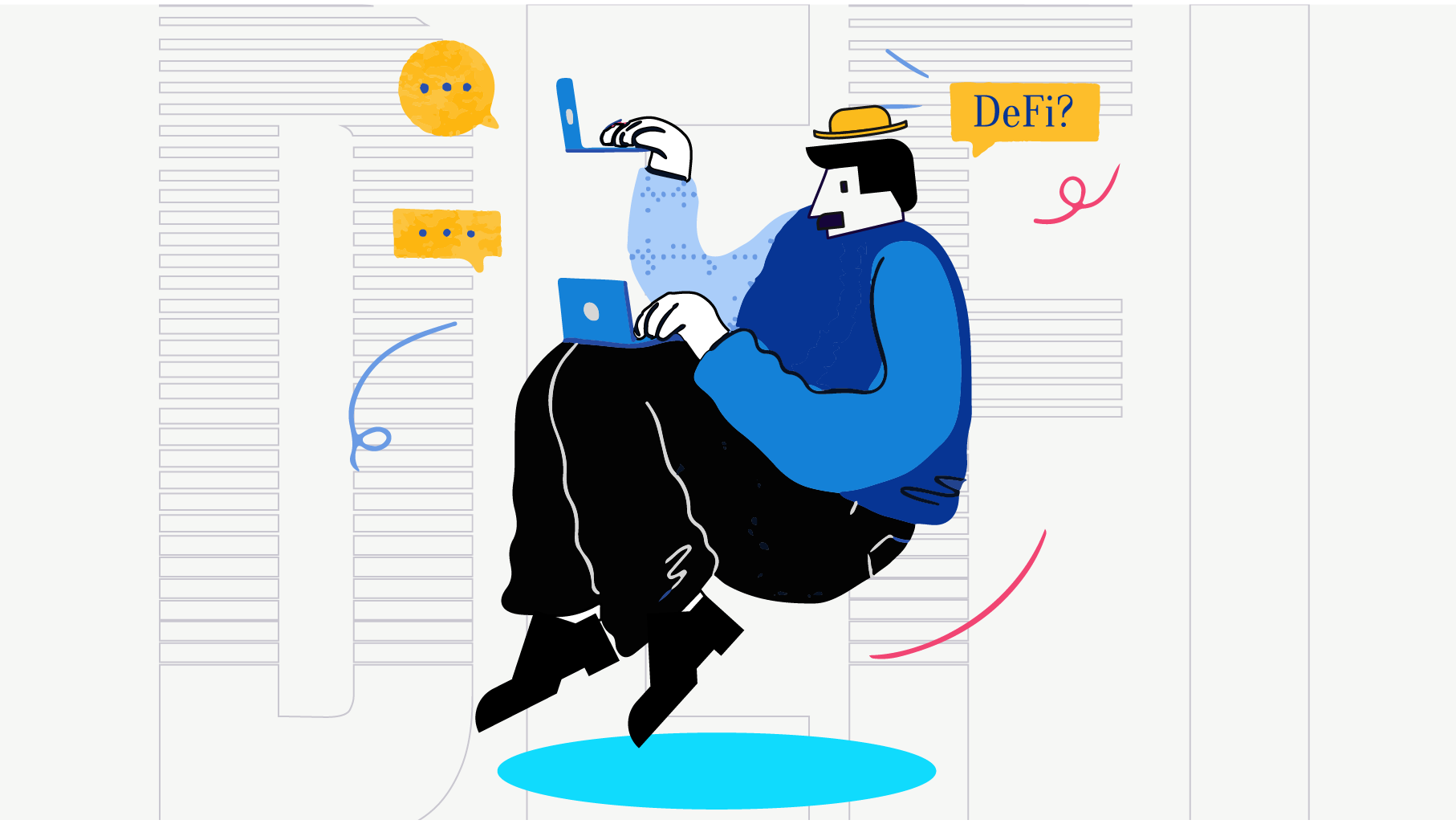 Following the ICO mania of 2017, the broader crypto market may have entered an extended bear market in the aftermath, but the limelight of the hype of 2017 caught the attention of the mainstream. Investors, developers, traders, and other professionals poured into the industry as the remnants of capital from the ICO bubble were used as fuel for technological innovation alongside increasing VC investment.

Much of that effort and capital has manifested in decentralized finance (DeFi), a broad term that encompasses a suite of protocols, applications, and financial instruments operating on layer one protocols like Ethereum.

Today, it’s hard to have a passing conversation in the crypto space without DeFi dominating the dialogue. So, what exactly is DeFi, and why should you care about the new craze defining its ascendance — yield farming?

DeFi refers to a thriving ecosystem of applications and protocols focusing on revamping the existing financial infrastructure. DeFi projects build their technology on top of layer one protocols like Ethereum, Cosmos, and Polkadot, with the vast majority of the current DeFi development occurring on Ethereum due to its extensive network effects.

Broadly, DeFi can be thought of as building an alternative financial infrastructure to the legacy system (e.g., banks, insurance companies, exchanges, etc.) from the ground-up. The idea is to disintermediate the trust placed in existing institutions and create decentralized and more inclusive versions of financial plumbing on permissionless networks.

DeFi platforms included everything from decentralized exchanges (DEXs like Uniswap) to synthetic assets (e.g., Synthetix), liquidity pools, insurance products (e.g., Opyn), payments, borrowing/lending protocols (e.g., Compound), stablecoins, and more. These platforms function similarly to existing financial services, but in most instances, replace the institution (such as an exchange) with a series of smart contracts operating on a network like Ethereum.

For example, a decentralized version of an exchange on Ethereum is Uniswap.

The Uniswap protocol relies on an automated market maker (AMM) that is basically a robot that quotes prices between two trading assets. The idea may seem complex at first glance, but at a high level, it’s quite simple. DEXs like Uniswap (with an AMM) simply replace the orderbook of an exchange with a smart contract that quotes prices between every participant in a liquidity pool of various assets.

On the contrary, centralized exchanges like Phemex can process trades using a central orderbook significantly faster than their DEX counterparts. For many traders, the performance limitations of DEXs are prohibitive, and they tend to favor centralized exchanges instead. Jack Tao, CEO of Phemex explains:

“The technology we require to become a DEX is not ready yet. However, we are exploring if a transition to a non-custodial exchange is possible while still maintaining the many benefits and security features that we provide our clients. We believe that the main purpose of an exchange is to help facilitate the exchange of value efficiently. For such purposes, centralized exchanges still have their relative advantages at the moment.”

An immediate problem that arises with many DeFi platforms (e.g., DEXs) is liquidity. DeFi protocols understood that financial instruments and trading would be the first major technological lure of the crypto market, but attracting liquidity remains a challenge.

How do you incentivize investors to deposit assets into a liquidity pool or DeFi platform?

In the case of Uniswap, the fees generated from each trade in the liquidity pool are paid to the investors who deposit or “stake” their assets into liquidity pools of the protocol. By providing liquidity to the protocol, they are rewarded with a passive revenue stream.

However, for more complicated DeFi protocols, the answer to incentivizing liquidity has morphed into another form known as liquidity mining — AKA “yield farming.”

Yield farming is the colloquial name for liquidity mining, a method of token distribution and reward incentives for users to provide liquidity to a DeFi platform. At a high level, liquidity mining can be thought of in a similar light as a rewards-based marketing mechanism that dilutes the ownership of early investors over time, hoping to achieve widespread adoption of the token and platform.

Users are rewarded for providing liquidity to the protocol early on. However, liquidity mining differentiates itself from Uniswap’s fee model in both how it is performed (e.g., across multiple pools), and in what is earned — a native governance token of the DeFi platform.

DeFi protocols are often defined as successful or not by their total value locked (TVL), which is the USD equivalent of total assets in the protocol. And TVL has soared in recent months following the first major yield farming opportunity from Compound Finance.

In June, Compound Finance, a leading borrowing/lending pool built on the Ethereum, announced it was issuing a native governance token — COMP. Every day, roughly 2,880 COMP tokens are distributed to users of Compound Finance, including borrowers and lenders. The distribution of COMP tokens is a method of fairly issuing governance tokens to the users of Compound that provide the service of liquidity to the protocol.

Compound’s TVL skyrocketed following the unveiling, and the token price exploded alongside the surging TVL. Users can use COMP tokens to vote on protocol changes, which is a defining characteristic of DeFi — distributed consensus and community governance/participation. By incentivizing liquidity, COMP lowers borrowing costs and increases yields for lenders, eventually attracting more users and more liquidity in a positive feedback loop.

Unsurprisingly, the immediate success of COMP sparked a suite of DeFi protocols to follow similar yield farming methods with their own native governance tokens. Other examples include Synthetix (a protocol for minting and swapping synths), Balancer (a DEX like Uniswap with a governance token), and Aave’s lending protocol.

Understanding yield farming and how it works is important when entering the crypto market.

Yield farming, still in its nascent phase, represents years of tinkering with incentive models to fairly distribute tokens, govern protocols, and acquire users. The DeFi boom has proven that the revamping of financial infrastructure is one of the most salient early applications of permissionless networks like Ethereum. Now, it’s a matter of attracting more liquidity, ironing out problems with the protocols, and expanding the feature set.

Expect the DeFi narrative to balloon in the coming months and years as investors and open-source communities strive to create the next financial system.

For more resources on the complex world of DeFi, we recommend The Defiant by Camilla Russo, Bankless — a compendium of DeFi and open financial resources — and DeFi Pulse, a useful front-page for diving into specific DeFi platforms and their resources.