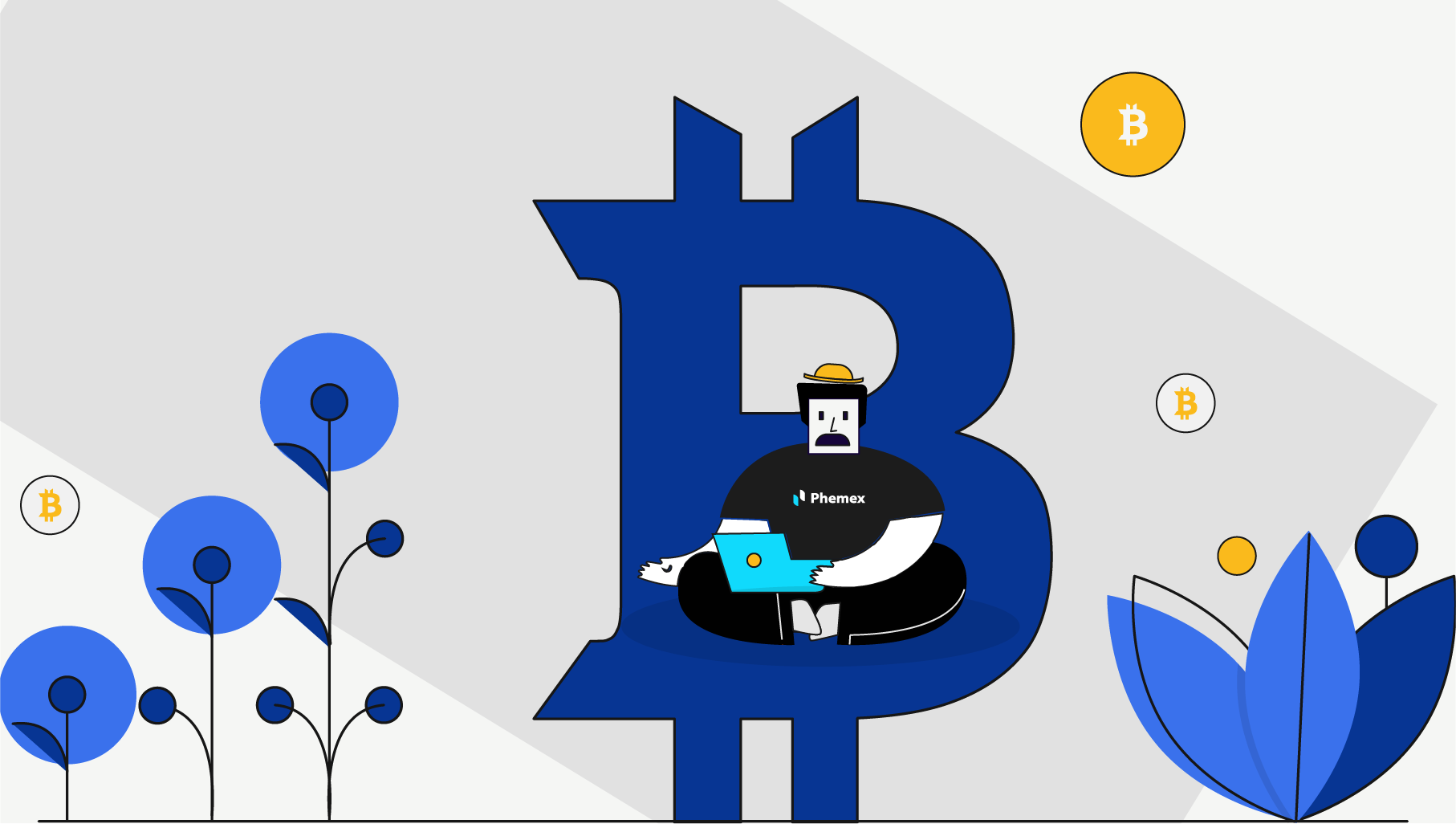 In our last article, What is Blockchain Technology?, we introduced the fundamental functions and characteristics of blockchain. As you will now see, these attributes inevitably manifest themselves in bitcoin and other cryptocurrencies as well. In fact, every concept covered in this series so far (the origins of money, digital payments, and blockchain) will be recalled and applied towards our understanding of bitcoin.

Let’s start with the basics. Bitcoin is a type of currency, just like commodity, representative, or fiat money, it allows us to store, measure, and transfer wealth. However, instead of being a physical item like a piece of gold or a paper voucher, bitcoin is entirely digital and represented by code inside of a computer. At this point, many are often confused as to how something intangible can have value. To demystify this concept, let’s look back at our first article on money. Though at one point humans did use commodities or items with intrinsic value as money, we eventually replaced these with notes or vouchers. The paper itself was virtually worthless, but each note was backed by a promise that it could be exchanged for a certain amount of gold at any point. However, as time went on, even this gold standard was abandoned and fiat currency was adopted. So if fiat currency is not backed by any commodity, how is it that it is universally accepted as money today? What gives it value is essentially trust. We have faith in our government’s ability to enforce the usage of these notes and we have faith in each other’s acceptance of the currency. In other words, value is created when we agree that something has value. Whatever form this takes, be it a coin, a piece of paper, or even computer code, is irrelevant. Now that we have established that anything can derive value from the trust that we place in it, let’s explore why it is that we can trust bitcoin when there isn’t a central authority like a government supporting it.

Before we dive into the technology and characteristics that make bitcoin a trustworthy alternative to fiat currencies, let’s briefly recall our article on digital payments. In our never-ending quest to simplify the process of completing transactions, even the physical usage and exchange of fiat currencies has diminished. Instead, we now record the transfer of value digitally. By having our funds stored with a bank, this institution can leverage network and mobile technologies to instantly record transactions. As long as there is a meticulous and accurate record of who paid whom, physical cash does not actually need to be moved. Once again, this type of digital transaction system only works because of the element of trust. We trust in our bank’s ability to record transactions, be faithful to these records, and to keep them secure from malicious tampering. In the absence of this dependable intermediary, the only way for us to accept that money has been sent or received would be to physically exchange it with our hands. Again, this begs the question, how can we trust a decentralized system such as bitcoin’s, in which a network of users all over the world participate in these record-keeping tasks? What prevents people from altering records or changing codes to claim that they have more money? After all, we are all selfish and self-interested actors in the end. As you may have guessed by now, this is where blockchain technology comes into play. It was designed to address all of these issues and more.

Let’s break down how bitcoin leverages each one of blockchain’s core elements to stand as a secure alternative to traditional money.

Before we answer the primary question posed above, it is important to understand that a centralized system comes with disadvantages as well. Whether it be a government or a bank, placing your trust in them assumes that they will do a good job. Unfortunately, this is not always the case. There are many examples throughout history of governments completely mismanaging their fiscal and economic responsibilities leading to hyperinflation and ultimately the collapse of their currency. Similarly, there are also many examples of financial or banking institutions that were unable to keep funds or transaction records safe. What’s worse, many of them have been found to actively and maliciously deceive customers and embezzle funds.

Part of the issue is the complete control and authority that these institutions have over your records and funds. There is no sensible way to see or dictate what they actually do with your money behind the scenes. Bitcoin solves this issue by recording all transactions on a blockchain. Recall that a blockchain is essentially a public ledger that is not under the control of one single entity. The public nature of this ledger eliminates the need to blindly trust a central institution as every transaction can be easily traced and verified. In addition, it is much harder (almost impossible) for an attacker to tamper with these records as there isn’t a single point of failure. Bitcoin’s virtual ledger is distributed all over the world with countless copies that would each need to be modified to compromise the system. To further explore how it’s possible to have a publicly maintained record without the concern of fake or invalid transactions, let’s review and expand our knowledge of blockchain.

As we’ve explained in the blockchain article, the technology gets its name from the fact it is essentially blocks of transaction data that link to each other as they become verified. Let’s illustrate the process with an example. You own 1 bitcoin and you transfer it to a friend. Anyone can verify if your account (wallet) has the funds and if the transaction contains your unique signature. They do so through the public key infrastructure covered in the previous article. While fake transactions get rejected, hundreds of verified transactions become grouped into blocks. Before a block is officially added to the blockchain, making it a permanent part of the public record, it must satisfy certain requirements. The most important of these is solving a mathematical puzzle.

This puzzle is incredibly difficult and complex, requiring a significant amount of computing power to solve. Individuals or groups known as miners use specialized equipment to help solve such problems. An oversimplified explanation of the process is that these computers continually try different variables known as nonces until one of them yields the correct answer. The first miner to have the correct answer gets to add his block to the chain. To prove that the miner did the work and isn’t trying to add a block without actually lending his computing power, other miners test the same nonce to verify that they also arrive at the correct answer. This automatically proves the miner’s legitimacy as having the correct nonce without expending considerable resources is essentially impossible. If everything is correct, the new block gets added to all the copies of the blockchain. In addition, as also alluded to in the previous article, this correct answer also happens to be a string of characters (hash value) that functions as a name or code that differentiates each block from one another. Part of solving or arriving at the correct code involves using the hash value of the previous block. The effect is that every valid block will have a hash value that is unavoidably connected to the previous and next block. In other words, the blocks become chained to each other. Attempting to modify a single block will disrupt the mathematical logic of the entire chain.

Returning to the mathematical puzzle, this mechanism also functions as a deterrent for bad actors. The puzzle is so costly to solve that at that point it makes more sense to simply play by the rules. Why? Because successfully solving the puzzle yields a reward. Every time a miner adds a legitimate block to the chain, they receive a certain amount of BTC as payment. Additionally, users also pay varying sums as transaction fees each time they move their coins around. The higher the fee paid, the more miners will prioritize these transactions, verify them, and add them to the blockchain.

The system is designed to allow a maximum of 21 million bitcoins to be mined in total. This makes bitcoin a deflationary currency. In other words, bitcoin is not subject to a decline in value due to a central bank’s decision to print more money. Although miners will one day no longer be rewarded by the system, they will still be incentivized to maintain their work through the transaction fees they receive from users.

The decentralized attribute we described earlier also means lower costs and shorter waiting times. In the traditional finance world, not only do we have to blindly trust intermediaries to handle our funds in good faith, but we must also pay them to do so. These fees are much higher when compared to the fees paid to miners. Furthermore, for money to move globally, it must often go through many institutions and processes leading to longer wait times. For bitcoin, any money you send goes straight to your recipient.

Another benefit that is somewhat counterintuitive at first, is anonymity. You see, although the blockchain or record of transactions is entirely public and easily accessible for anyone to see, the identity of anyone involved is not. As we mentioned, transactions are tied to unique signatures that function like usernames but not to actual legal names. This helps protect your privacy, especially in a world that is increasingly subject to more government surveillance.

To summarize, bitcoin is a new type of currency that offers you anonymity, decentralization, security, speed, savings, and a built-in anti-inflation mechanism. Although it is only represented by lines of code in a computer, the system is so ingeniously designed that more and more people are beginning to trust it, thereby giving it significant value. The blockchain technology that powers it creates a self-sustaining environment in which participants are rewarded for maintaining and securing the system. The safer it becomes, the more people join, and the more benefits everyone enjoys in the end.