August has been a solid month for Bitcoin, with the flagship crypto reaching a new 2020 high just above $12,350, up nearly 10% from the prices at the start of the month.

Before this point, Bitcoin had made several attempts to break the critical $12k resistance level, but it took until August 17 to crack through. Ultimately, it proved to be more of a fake-out than a breakout, as the upward momentum didn’t sustain for much more than a day after that. By August 19, the price fell back down below the $12k barrier and has mostly been hovering within a narrow range around $11,600.

However, the short-term outlook looks to be volatile. The week commencing August 24 has already seen sharper drops, and data from Skew indicates there is over 65,000 BTC worth of options expiring before the end of the month. 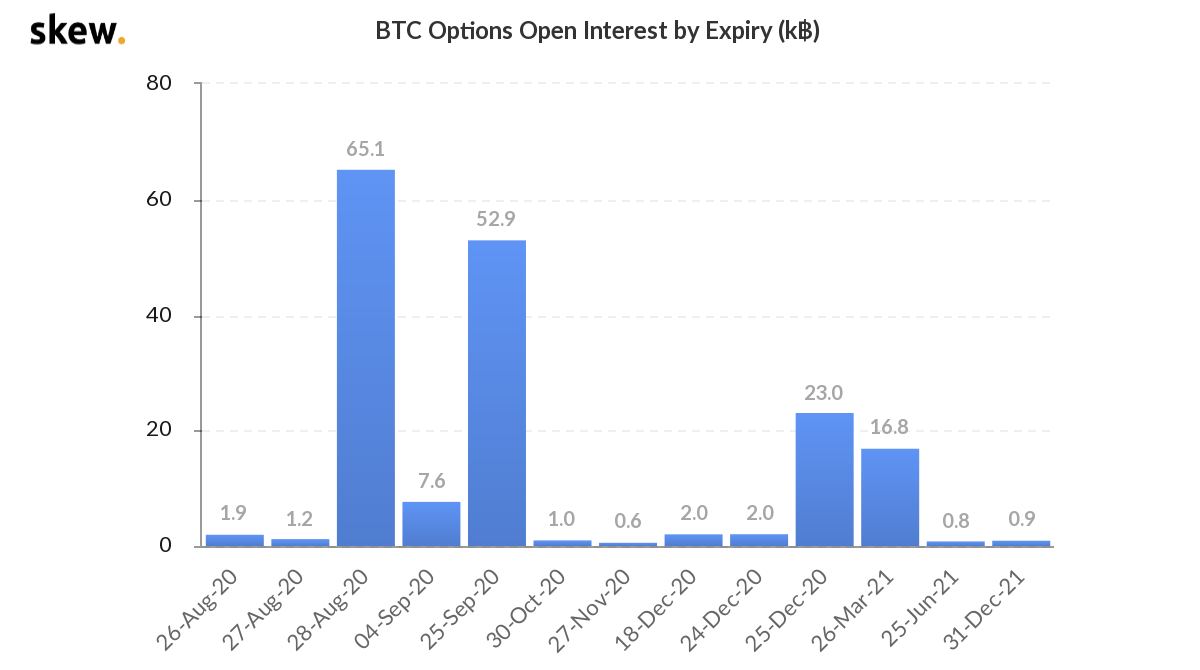 However, there is no reason to assume volatility will sustain, given the overall solid performance of Bitcoin during the second and third quarters of this year. Following the block reward halving in May, the price of BTC continues to reflect patterns seen in the period after the two previous halving events.

Furthermore, analysts speaking to Cointelegraph believe that the remainder of 2020 holds bullish prospects for Bitcoin. While the halving is one factor at play, the global economic crisis and a falling US dollar mean that many still believe Bitcoin will perform a similar role as gold in investor portfolios, acting as a safe haven that will hold its value where other assets such as stock will fall. As the pandemic has played out across the globe, Bitcoin has seen an increasing correlation with gold.

Futures Markets at an All-Time High

Following the events of “Black Thursday” on March 12, when Bitcoin lost more than 40% of its value in a single day, Bitcoin futures markets took a severe hit. Open interest, which had been soaring at an all-time high above $4 billion, dropped dramatically to below $2 billion.

It’s fair to say that the futures market has well and truly recovered from the blow it suffered on March 12. As Bitcoin peaked at its monthly high of $12,350, open interest in Bitcoin futures reached an all-time high of over $5.7 billion. However, an interesting point to note is that the events of Black Thursday appear to have shaken out the futures markets. For many years, BitMEX was the dominant player in the space, having been the first to market with its BTCUSD perpetual swap product. On March 12, the exchange came under fire for having suffered two outages at the same time Bitcoin was crashing. The outages left investors unable to exit their positions fast enough, resulting in a cascade of liquidations.

BitMEX denied that it had any control over the outages, but the damage was done. Despite the overall recovery in open interest across the futures markets, BitMEX has been unable to reach the same levels of open interest that it saw pre-crash.

While this is bad news for BitMEX, it does mean that market share is now more distributed across more exchanges. Phemex is also primed to benefit from this redistribution of market share, and is proud to say that our platform has never experienced downtime even during periods of maintenance or upgrades.

In the cryptocurrency sector, decentralization is generally accepted to be a good thing, as it removes single points of vulnerability. Therefore, in this respect, a broader distribution of trading activity across multiple exchanges can be considered positive.

It would be impossible to talk about events in crypto in August without making reference to the increasingly bubble-like nature of the DeFi markets. Total value locked in DeFi now exceeds $7 billion, up from $4 billion at the start of the month. 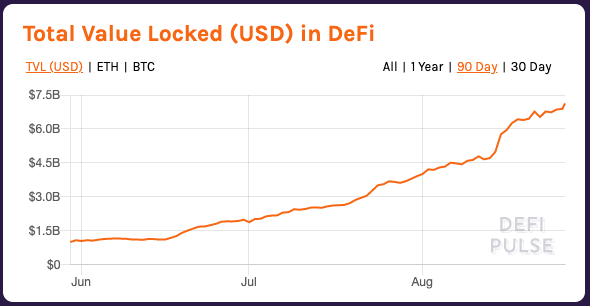 A couple of notable events have dominated the DeFi headlines. Firstly, the rapid rise and demise of Yam Finance. The Ampleforth-inspired project launched on August 11, immediately attracting investment of up to $500 million in the following day alone. By August 13, it had crashed and burned after one of the founders confessed that there was a fatal bug in the rebasing contract.

Despite that this was an avoidable scenario arising due to the project launching with unaudited code, the Yam debacle hasn’t dampened enthusiasm for DeFi. Another project that has been making headlines for more cheerful reasons is yEarn Finance. The project, which automates DeFi investments, saw its token skyrocket to overtake the price of Bitcoin this month.

A pivotal turning point seems to be the introduction of Curve’s liquidity mining program, pushing investment into yEarn, which accounts for a significant proportion of liquidity on Curve. The price of the YFI token, which derives its value from the value locked in the yEarn application, peaked close to $16,400 on August 20.

Despite predictions of further volatility in the price of BTC, the overall outlook remains bullish from a technical and fundamental perspective. The forecast for DeFi, and thus the price of ETH, also seems bullish at least in the short term. However, whether or not DeFi can sustain the current frenzied growth in the mid or long term is a more tenuous prospect.