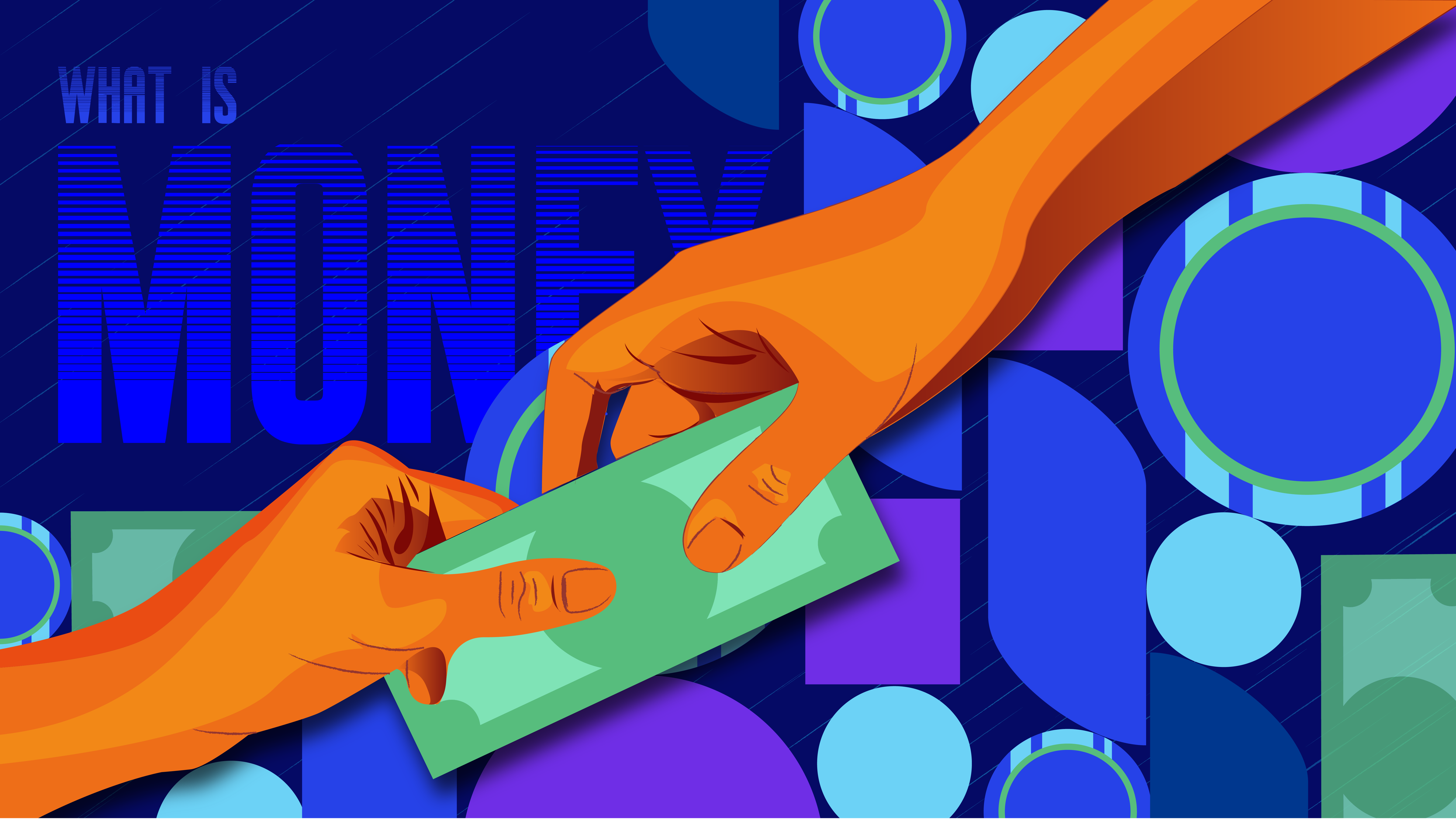 Money is a fundamental component of all modern societies. All of us are affected by it and structure our entire lives around how much money we can earn and how much we intend to spend. It fuels businesses, governments, and the global economy as a whole. Because of its ubiquitousness, we often take it for granted and hardly stop to think about the origins and theories behind this concept. This article will provide you with a brief introduction to the history, the properties, and the core functions of money. This knowledge will serve as a basic building block that will allow you to understand more advanced financial concepts as we progress in this series.

As is often the case, perhaps the best way to start is at the beginning. Imagine you are an ancient human living in a time when money did not yet exist. You specialize in growing apples. Of course, apples are not the only thing you need to survive, you need tools, clothing, and other types of food as well. How do you get these other goods and services? You engage in a process known as bartering. In other words, you simply trade your apples with other people that have the things you want. At first, this a good solution, but as societies grow and your needs become more complex, bartering quickly becomes inefficient.

Let’s examine some of the limitations of this early exchange system. To start with, imagine you need some animal skins (pelts) to make some clothing. What happens if the person that has the pelts does not want your apples? This introduces the concept of a double coincidence of wants, meaning that all participants in a trade must happen to want the exact goods that each has to offer. The only way you would be able to address this issue is by first trading your apples for the good that the pelt trader actually wants, but you may once again run into the same issue.

The next challenge you will encounter is the lack of a standard measure of value. How many apples is an animal skin worth? What about all the other items or services you need, what is their cost in terms of your apples? Clearly, this is a very difficult question to answer within such a trading system, and the more goods you trade for, the more complicated it becomes.

Similarly, even if you agree on a rate of exchange or an exact value for your item compared to the one you want, this set price may still present issues. Say for example that you have agreed that one pelt is worth 10 of your apples. If the pelt trader only wants five of your apples, a trade cannot happen as the pelt would become worthless if it were to be cut in half. This is known as the indivisibility of goods.

Yet another difficulty would be the ability to store wealth. Many of the goods you want and need, including your apples, are perishable. If you find yourself with everything you need for an extended period of time, you would want to accumulate and store your wealth to use in future transactions. Obviously, this is not possible as your apples may rot long before you have a chance to trade them. The only way this could be mitigated is by first trading for other non-perishable goods that maintain their value as time goes on.

The last issue described above hints at a potential solution that would address the many challenges associated with bartering. The use of commodity money was a major step towards the creation of money as we know it today. Commodity money is basically a good that has a high degree of intrinsic general value, making it an ideal candidate to be held, stored, and traded against all other goods. The best example of this is gold.

Using gold as a basic medium of exchange solves all of the issues presented above. Gold’s value is universally accepted and therefore tradeable for any good or service, it can be divided into standard units to measure and prescribe the value of all other goods, and it is easily storable for any period of time.  However, besides gold, other metals such as silver and copper and even other commodities such as salt, tea, or seashells were also used as commodity money.

Nevertheless, commodity money also had a major flaw or weakness. As societies grew, trading increased, and the number of goods rose, the supply of any given type of commodity money could not keep up with the demand. Consider for example a society that accepts tea leaves as its most common form of money. For people to trade efficiently, they would all need to have a certain amount of tea leaves, and the more trade increases, the more tea leaves they would need. Unfortunately, the supply of tea leaves is limited by many factors such as seasons, the number of plantations, and the consumption of tea itself. This lead to the next major development.

At first, commodity money began to transition into representative money. If we go back and consider gold or other metals, the major merchants and banks that controlled the supply of these commodities began to issue receipts that were redeemable or tradeable for these commodities rather than distributing the actual product. Slowly, these receipts became universally accepted as forms of payment and paper money was born. These promissory notes or banknotes had no virtual intrinsic value. Instead, they derived their value from the items (such as gold) that they were backed by. Until relatively recently, most countries in the world used the gold standard, a system in which paper notes could be converted into fixed quantities of gold at any given time. These notes were then formalized as legal tender, meaning that by law, these would be recognized as proper payment for debt, goods, or services. In fact, redeeming these for gold became highly discouraged.

At this point, due to the previously mentioned inefficiency of having to maintain a certain supply of gold or any other underlying commodity, along with the reality that people already had sufficient trust in these notes as an acceptable form of payment, the gold standard was abandoned. This meant that no longer were these notes redeemable for gold, neither in practice nor in theory. So does this mean that these notes were no longer backed by anything that had intrinsic value? Not exactly, although these were no longer backed a certain commodity, there was still an underlying element of value. The value came from the strength, trustworthiness, and ability of a government to enforce the legitimacy of using these notes as payment. This is known as fiat currency and it is the primary money system that we use today. Fiat money represents a symbol of the mutual agreement and trust that we place both in our governments and in each other that we will accept these notes as valid payments.

The concept of money has evolved multiple times throughout our history. It began as a way to address the inefficiencies of bartering, became tethered to certain commodities with universal intrinsic values, and ultimately landed on a system largely based on trust. Although almost every country today uses fiat currencies as the basic fuel that propels their economies forward, money is not done evolving yet. New digital currencies based on anonymity, decentralization, and safety are redefining our understanding of money and value once again. However, we will discuss these modern alternatives and the technologies that underpin them in future articles of this series. For now, stay tuned and check our newsletter for any and all content updates.