What is WETH (Wrapped Ether): Expanding Use Cases for ETH Token 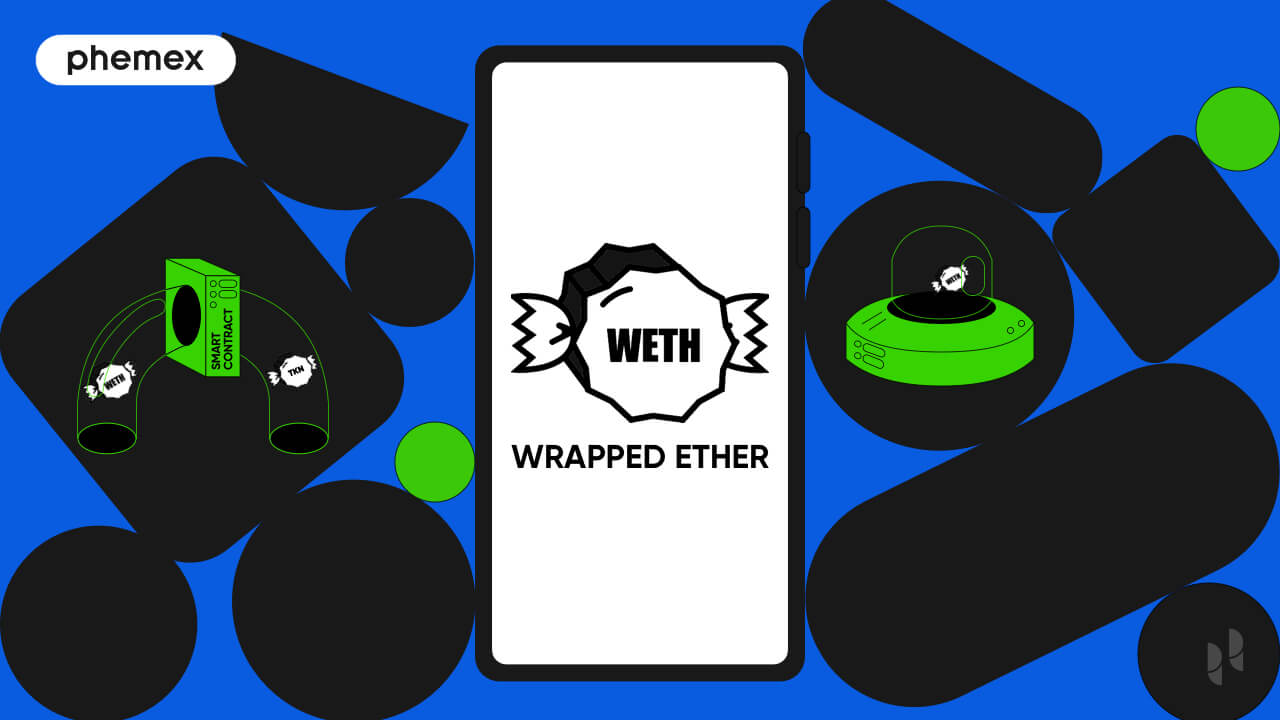 The question you may be asking is, “Why not just use ETH?” and “Why is there a need for WETH?”

Why Was WETH Created?

ETH, the native coin of the Ethereum blockchain, is used to pay for gas fees. However, it is not compatible with many of the DeFi DApps that were subsequently built on Ethereum, as these DApps were developed based on the ERC20 technical standard and ETH does not follow the same standard.

This created a siloed ecosystem in which ETH could not be traded on most decentralized exchanges. In addition, ETH holders have also not been able to access various DeFi functionalities such as lending, borrowing, staking and trading.

WETH, as an ERC20 token that operates on the same technical standard as many of these DeFi DApps, solves this issue, thus opening up a wide range of use cases to ETH holders.

What can I do with Wrapped ETH (WETH)?

WETH can be used with various DApps built on the ERC20 standard–here are some of the most popular uses:

How Does Wrapped ETH (WETH) Work?

ETH to WETH: How To Wrap Ethereum?

The process of wrapping ETH into WETH is simple and can be done in a few steps.

WETH to ETH: How To Unwrap WETH Crypto?

The process to unwrap WETH is simply the reverse of the above. One question that a lot of people have is, “Does wrapped ETH have gas fees?” In other words, is it free to convert ETH into WETH? Unfortunately, the answer is no; there are still gas fees associated with the wrapping and unwrapping of ETH. However, the fees are generally much cheaper than the fees associated with ETH transactions.

WETH, on the other hand, is a completely separate token built on the ERC20 standard, and can be used with a whole ecosystem of DeFi DApps including DEXs.

Who Is Behind the WETH Coin?

The WETH coin was created by Will Warren, the CEO and co-founder of 0x Labs. He attended the University of California – San Diego, where he studied Engineering. Before starting 0x Labs, he was a researcher at the Los Alamos National Laboratory.

WETH has seen a lot of adoption since it was launched. As a result, the total value locked in WETH smart contracts has also grown significantly, and its bullish trend began in early 2020 and has continued throughout the years.

However, the most important consideration to make is how closely WETH tracks ETH in terms of price. At the time of writing, while Ethereum trades at a price of $1,517.00, WETH trades at a price of $1,518.15. This shows that there is a strong connection between the value of the WETH coin and the ETH coin. Overall, both tokens are moving in the same direction, which is a positive sign.

With plans in the pipeline for the ETH codebase to be made compliant with its own ERC20 standards, however, WETH may be phased out in the future–a fact that the WETH readily and openly acknowledges on its website.

With Ethereum boasting perhaps the most expansive ERC20-based DApp ecosystems of exchanges, wallets, lending and borrowing protocols, among others, WETH has created strong value, enabling ETH holders to access various functionalities without selling their ETH.