What is Rally (RLY): A Platform for Creators and Communities

The creator economy has quickly ballooned into one of the largest and fastest growing industries in the world, with an estimated market size of $104 billion dollars. Many of the creators within this ecosystem have been trying to integrate themselves with the burgeoning industry of crypto. This has most frequently manifested itself in the form of sponsored ads, with creators promoting different NFT and crypto projects to their followers. However, some creators are also venturing into the new world of crypto social tokens in hopes of finding another way to foster fan connections and monetization. One project that’s leading the way within the Social Token industry is Rally (RLY). Rally is a platform that allows creators and communities to easily build their own independent digital economies through social tokens and NFTs. Rally is currently trading at $0.21, with a circulating supply of around 2.61 billion coins, and a market cap of approximately $550 million. 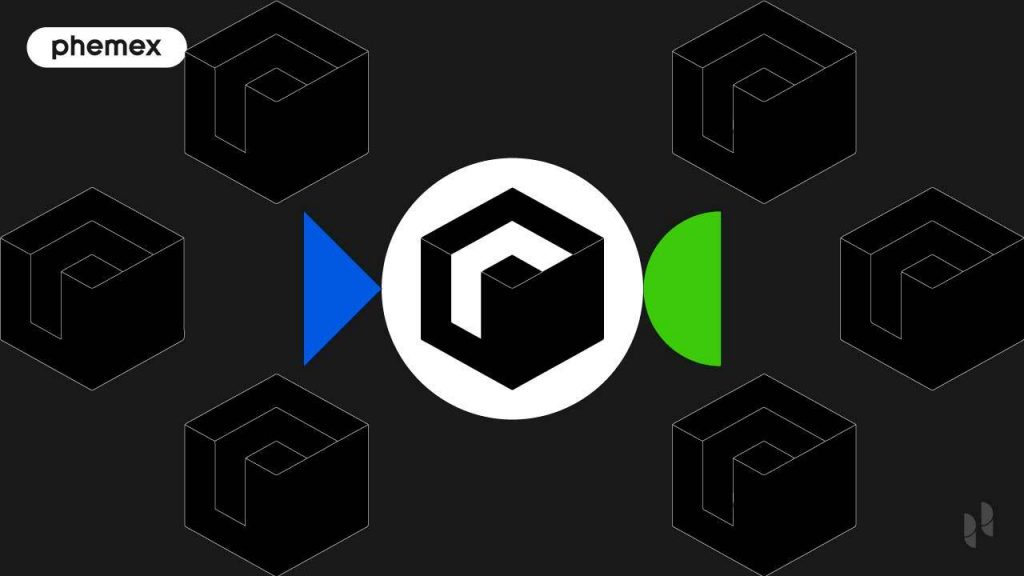 What is Rally (RLY)?

Rally is a platform that allows creators and communities to easily launch their own social tokens and NFTs. Rally’s main goals are to empower creators, create more meaningful interactions between fans and creators, and to generate more monetary value for creators and fans alike.

These social tokens can be customized and tailored to each creator’s desires and objectives. The tokens allow holders to access exclusive events or rewards, redeem the tokens for experiences and merchandise, and even sell/trade the token. One example of how social tokens can be used is as a loyalty reward. A creator could issue social tokens to their most loyal fans and those who have followed them the longest. The fans could then use these tokens to access benefits like exclusive discord chats, redeem them for an in-person meet and greet, or even sell the tokens to other fans.

How Does Rally Work?

A social token is a token and virtual economy that revolves around a creator or community. An influencer can create their own social token that fans can then purchase, win, or earn. These tokens provide an array of benefits to their holders, foster a tight community, and provide the holder monetary value.

To create a token on Rally, users simply have to send in an application to join the Rally platform. After approval, they can set up their Token in a variety of ways to meet their specific needs. Creators can customize their tokenomics, technical specifications, benefits, and more.

Social tokens can also be traded for other social tokens or converted to RLY, Rally’s native coin.

Users can also use the Rally NFT marketplace to easily launch NFTs. Users can use one of three drop types:

NFTs can also be traded, sent to other users, or sold on the Rally NFT Marketplace.

No programming or coding is required to launch an NFT or Social Token on Rally. Creators are able to launch and manage their tokens with a very low understanding of crypto and technology. This makes Rally accessible to everyone regardless of their technical skills.

Because Rally is built on a sidechain and does not require an open network, they’re able to avoid costly on-chain gas fees and operate with an extremely low carbon footprint – one token or NFT produces the same amount of emissions as sending a tweet. The tradeoff of using a sidechain is that Rally is not fully decentralized and instead operates in a similar fashion to the centralized servers of traditional web companies.

As previously mentioned, Rally is still very much centralized. Their network is centralized, and their governance is, for the most part, also centralized. Rally does have a community DAO that’s controlled by token holders; however, the power of this DAO is quite restricted and is tasked with the very narrow mandate of “distributing 20 million RLY and 2 million USDC for the benefit of growing the Rally ecosystem”. The centerpiece entity of Rally is still run by a group of appointed executives, while the protocol itself is still overseen and maintained by the RLY Network Association. Rally does try and integrate the opinions of the community through its Creator Advisory Council (CAC), which represents the opinions of staff, creators, and other community members to the Rally executive team.

What is Rally Coin (RLY)?

The RLY Coin is Rally’s native coin. RLY is used to set up social tokens, set up NFTs, and transact with the platform. Those who hope to cash out their social tokens, must first convert them to RLY, and then trade the RLY for other cryptos such as USDT.

A fee is also charged whenever users sell, convert, or swap their social tokens. The fee is charged in RLY and is given to the creators. This both discourages users from selling their tokens, while also providing creators with an extra form of monetization.

Who Is Behind Rally?

Rally is guided by a talented team that collectively brings years of experience within the creator economy. Rally was founded by Kevin Chou, a Berkley Grad who previously started the gaming companies Gen.G Sports and Kabam Games. Kevin Chou has since stepped down as CEO of Rally and has been replaced by Bremmer Morris, a former employee at Patreon. Beyond Bremmer Morris, Rally is led by a group of VPs and Directors who bring a wealth of institutional experience from companies like BratTV, Twitter, YouTube, Paramount Network, Twitch, EA, and Meta (Facebook).

The project is supported by an impressive list of venture capital firms such as a16z, Coinbase Ventures, Atos Ventures, SparkLabs, Green Bay Ventures, and Kenetic. In addition to these firms, Rally is also backed by some equally impressive Angel Investors such as, Fred Ehrsam (Co-Founder of Coinbase), Kevin Lin (Co-Founder of Twitch), and Steven Chiang (EVP of Warner Bros). The exact quantity of funding raised by this collective group of is not currently public. 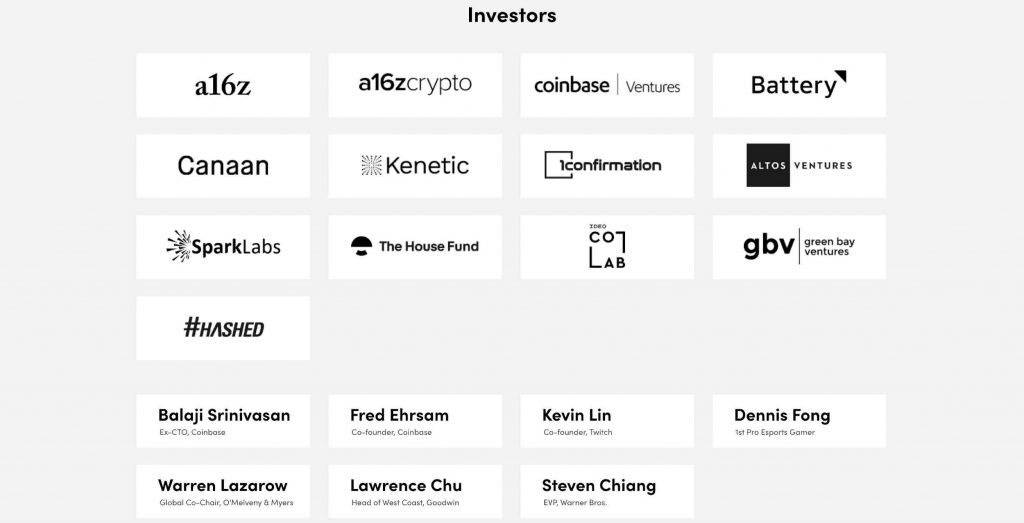 Rally debuted at $0.07 in December 2020 before quickly reaching its ATH of $1.4 in March 2021. This rise in price was largely driven by a few factors such as hype surrounding social tokens, a bullish overall crypto market, Rally’s successful “liquid token sale”, and a major hack of the crypto network Roll, which negatively affected many of Rally’s biggest competitors, but not Rally itself. Shortly after setting its ATH, Rally saw a substantial 62% drop to $0.53; however, this drop was largely driven by a market wide crypto crash that saw industry leaders like Bitcoin drop 45%.

Currently Rally is trading at $0.21 and is the largest project by market-cap within both the Social Money and Social Token industries. 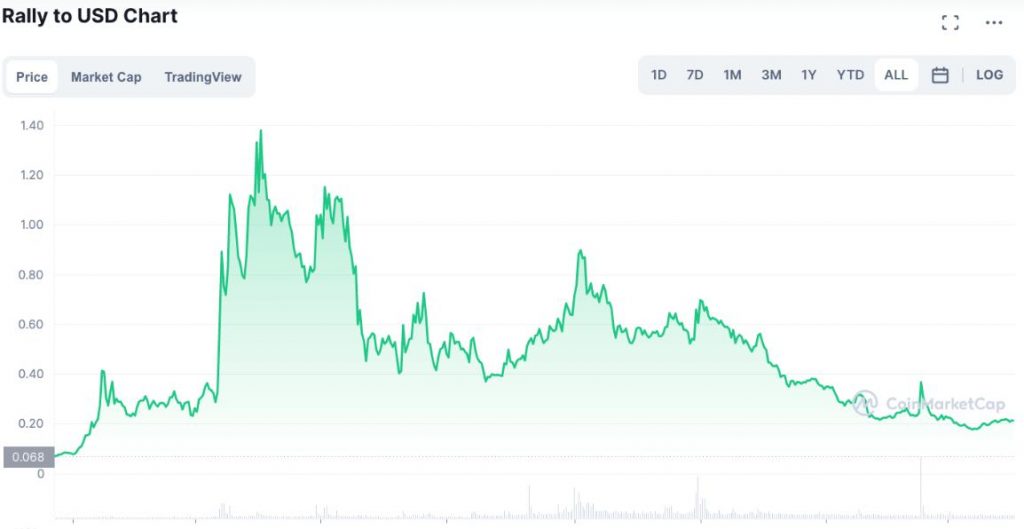 What Is The Future of Rally?

The future success of Rally will largely depend on the broader success of the Social Token industry. Will Social Tokens latch onto the mainstream creator ecosystem? The CEO of Real Visions seems to think so, as he recently said: “I believe in social tokens as Universal Basic Equity and the future of culture, community, municipalities, charities, of business models and economies.” If the Social Token industry does continue to expand, Rally will be well positioned to take advantage of any growth that occurs. Not only is Rally the largest and most prominent player within the industry, with a market cap 30x larger than its closest competitor, but Rally also has an experienced team, impressive investors, and strong institutional partners like United Talent Agency (the home of Lizzo, Machine Gun Kelly, and Charli D’Amelio). 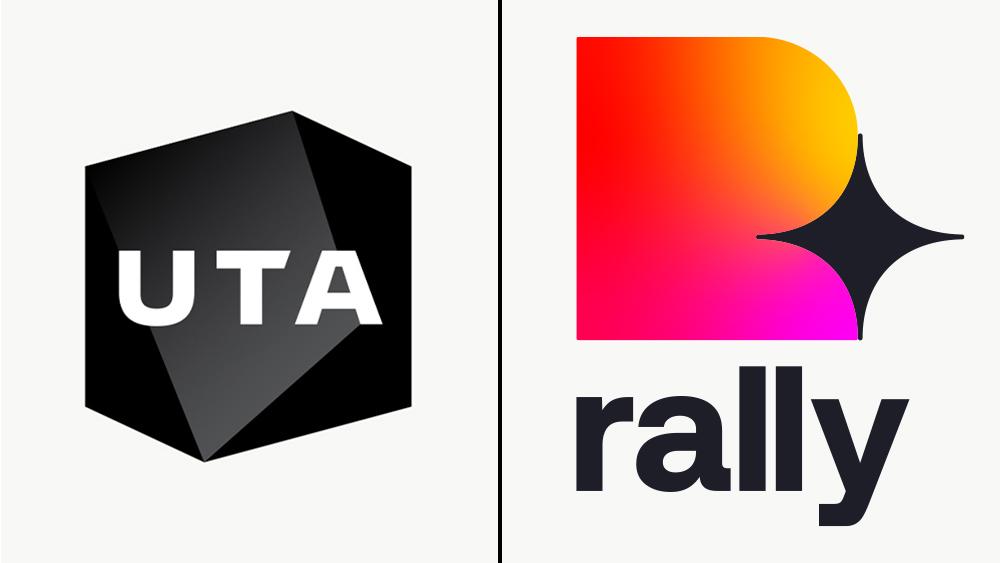 When it comes to Rally’s future plans, they currently do not have anything groundbreaking scheduled for 2022 and will instead be focusing on improving their products and services. The lack of new development is not necessarily negative, as sometimes it’s important for companies to focus on optimization rather than innovation. That being said, investors should follow this closely and see if Rally ends up launching anything major in 2023. The crypto industry is fast moving and projects that remain stagnant for too long can often fall behind.

An issue that could potentially stunt Rally’s growth and success is the projects centralized nature, since many investors within the crypto sphere prefer projects that are decentralized. Fortunately, Rally’s 2022 roadmap did state that they are hoping to become more decentralized and community-owned in the future.

Overall, Rally is a strong project, and investors hoping to get involved within the creator economy or social token industry should undoubtedly give it a close look.

How To Buy Rally Coin?

To buy RLY on Phemex, follow the instructions below. Phemex offers both spot and contract trading for investors to choose from. However, for beginning crypto buyers, spot trading is recommended.

Rally is a platform that allows creators and communities to develop social tokens and NFTs. Rally provides creators and fans a new way to connect with each other, and a new stream of monetization. Rally is easy to use, has a low environmental impact, and has low fees. The project is supported by a strong team, impressive investors, and established institutional partners. Investors interested in the creator economy should undoubtedly give Rally a second look.