What is Adventure Gold: NFT Gamification 101

Non-fungible tokens (NFTs) have taken the art and music world by storm, and have the potential to revolutionize the gaming world as well. Those who understand this potential and get involved early could stand to make massive profits.

One company incorporating NFTs into gaming is the Loot Project. By hosting platforms like Adventure Gold (AGLD), the company stands to take advantage of this emerging ecosystem. AGLD, Adventure Gold’s native token, has a circulating supply of 70 million and a current value of $0.80, for a market cap of $60 million. But what is Adventure Gold, and what makes it a prospect for crypto investors? 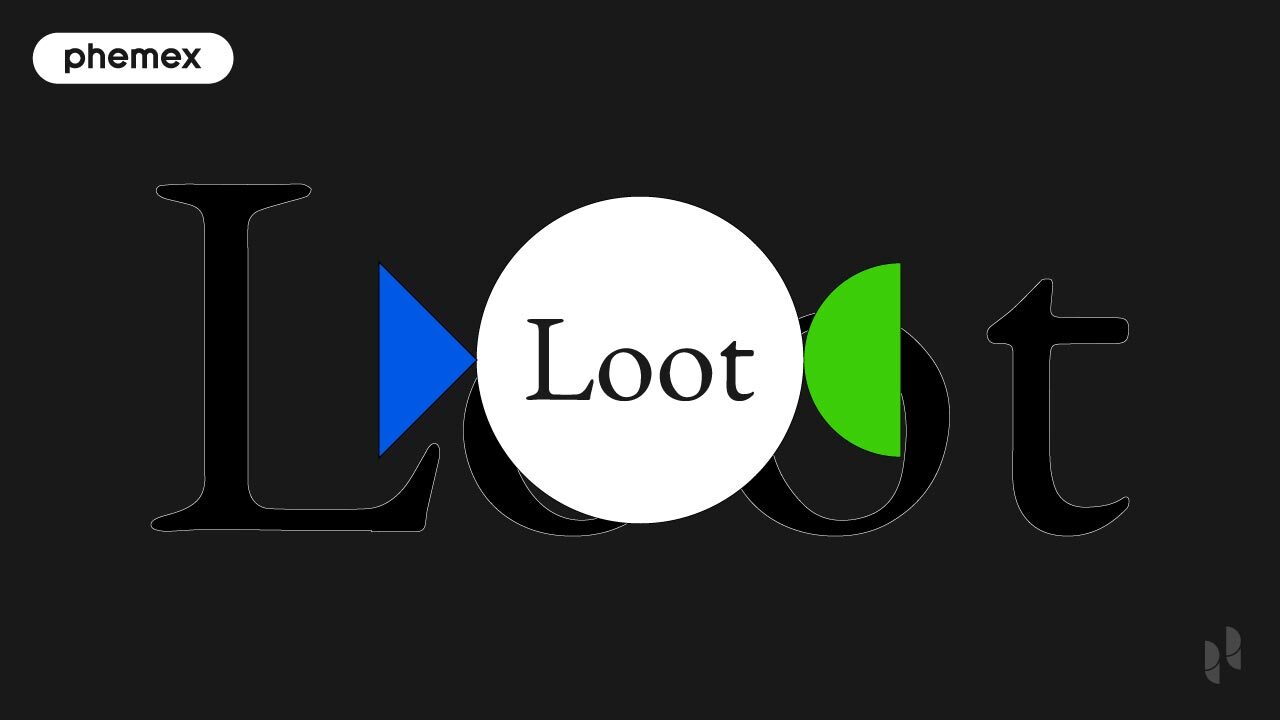 What Is Adventure Gold (AGLD) and How Does It Work?

Adventure Gold is a newcomer to the crypto space, even by the standards of many NFT-based entities. The platform launched on September 2, 2021, with the hopes of creating an interesting and fairly innovative way for users to interact with NFTs inside gaming worlds. In order to achieve this ambition, Adventure Gold partnered with the Loot Project, building upon several technologies and platforms: 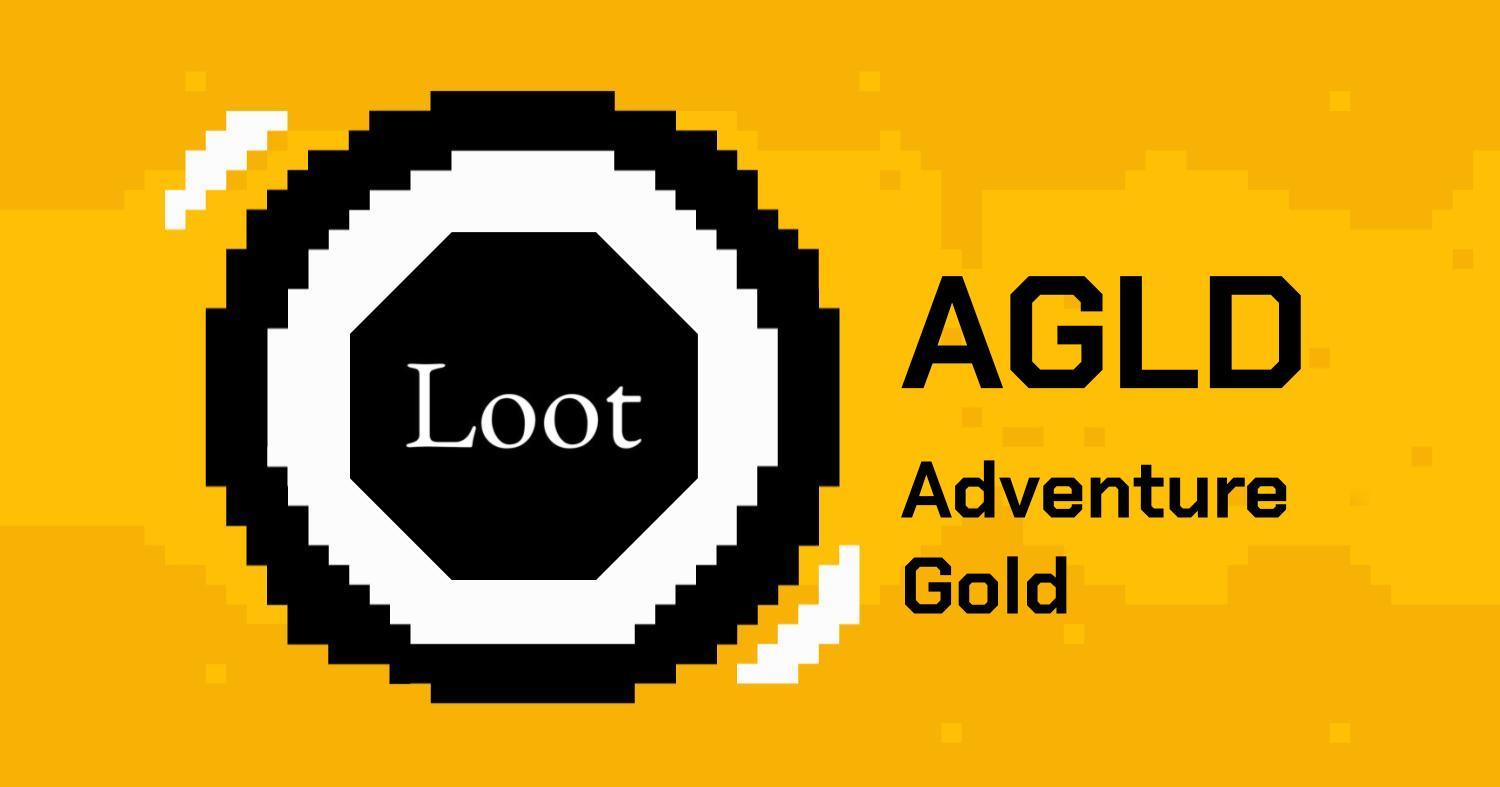 Simply put, Adventure Gold/AGLD is an Ethereum-based cryptocurrency token that has been given a platform by being initially distributed to members of the Loot Project.

While it’s now possible to purchase AGLD through other sources and exchanges, rather than just from in-game users, it’s extremely important to ensure that the seller is fully trusted. This is because the token itself does not provide any kind of in-built security check. Instead, the token is managed by a multi-signature wallet, which requires several keys to be submitted in order to process and secure transactions. In Adventure Gold’s system, one of these key holders is the system’s founder. The rest of the keys are held by other users, one of whom is the token’s owner itself, while the others are selected randomly.

In short, while AGLD’s system is not exactly entirely secure, few systems are, and it’s partly up to the investor to identify their own appetite for risk and invest accordingly.

Who Is Behind Adventure Gold?

Will Papper founded the Adventure Gold/Loot Project, and co-founder of the Syndicate Protocol — a decentralized autonomous organization (DAO). Starting in computer programming seriously at the age of 13, Papper was only 14 when he co-founded his first online venture, which grew to 5,000 users fairly rapidly. Spurred on by this success, Papper doubled down on his studies, double majoring in Philosophy-Neuroscience-Psychology and Computer Science at Washington University in St. Louis, before switching to Stanford to major in Philosophy.

Later on, Papper won the Mil-OSS Midwest Hackathon with a proof-of-concept (POC) web application using geospatial intelligence for military defense purposes. Building on his strong understanding of complex systems, he soon turned to more personally lucrative projects, beginning work on the AGLD/Loot Project in early 2021. Papper is currently trying to get various tech startups off the ground and is highly involved in the cryptocurrency community. 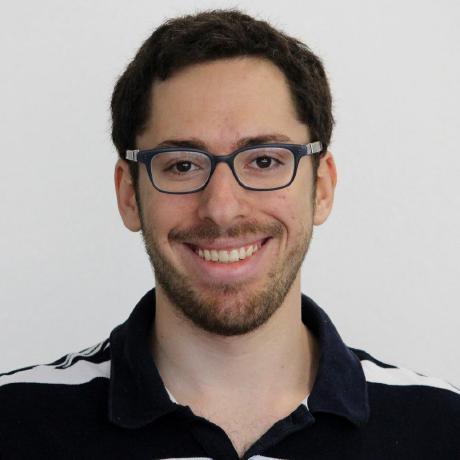 How Can AGLD Be Used?

At the moment, the usage for AGLD is not clearly defined, other than as another tradeable form of cryptocurrency. It is thought that AGLD’s usage is intended to tie in with the Metaverse in some way, perhaps to be used as an in-game currency for a shared digital space, such as a Minecraft or a Dungeons and Dragons-style setting. It could also be as a unique form of NFT fractionalization, where a gamer could break down their digital items into a quantity of “gold coins,” represented by AGLD, which could be spent within the game’s economy. However, this remains to be seen, as the platform itself has no dedicated developers or inherent utility for its native token.

The price graph for AGLD shows a rather alarming trend, even taking into account the recent difficulties the crypto market has faced. Originally distributed on September 2, 2021 with a value of $0.74, AGLD’s price rocketed upward in almost no time, reaching over $8 by just the following day. While its price rather predictably dropped off, it still maintained a fairly stable rate of return for a few months, managing an average price of around $3.20 from October until early November. It was around this time, earlier than most suffering altcoins, that the price of AGLD began its fall. 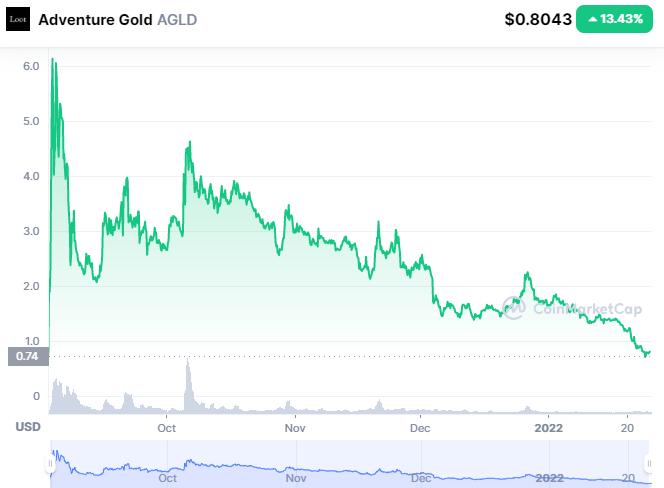 Price performance for AGLD since its inception in September 2021 (source: CoinMarketCap)

AGLD’s price has now been consistently falling since that time in early-November. While this is perhaps more because of external factors than because of a lack of faith in the crypto, some have attributed the steady decline to a lack of development and activity. Starting in November 2021 at $3, AGLD’s price fell to new lows of $1.50 in December 2021, before regaining slightly at the end of that month to around $2.25. This was not to last, however, and the price continued to fall throughout the early stages of January, going back to less than $1.50, before plummeting even further to less than $1 by late that same month. This is where AGLD’s price currently stands, barely higher than it was the very first day it was traded.

What Is The Future of Adventure Gold?

The integration of NFTs will potentially allow game creators to financially incentivize their users to complete tasks, trade in-game possessions, and generally interact with gaming ecosystems in novel ways. The popularity of videogames is likely to create a demand for the items used within them, and as the growing demand for certain platforms rises, so too will the value of the NFTs stored in-game.

Gamers have long been drawn in by the unique stories their gameplay is able to generate, and the uniqueness of NFTs can add to this appeal. NFT platforms, like the Loot Project, and associated token distributors like Adventure Gold, allow for a digital representation of the value placed in these sorts of interactive experiences by gamers. If nothing else, this should be seen as a unique opportunity for the world of digital finance to fully explore and understand the potential that lies within videogames and their strong and vibrant communities.

That said, the current usage of AGLD itself seems unclear. While many exchanges have seen the potential for Adventure Gold to gain traction within the gaming community, this is largely because of the looming advent of the Metaverse. This in turn has led to a multitude of major platforms listing AGLD, which has been seen as a huge endorsement, as well as that by the Loot Project.

While AGLD’s recent trend is concerning, it’s worth remembering that this emerging cryptocurrency has only just started out its life. That start has been marred by the mini collapse of the crypto trade market as a whole since early December. However, the gamification of the cryptocurrency and NFT space is only just beginning, and the emergence of the Metaverse and its associated platforms might well bring much-needed value to the cryptocurrency game space. Early adopters like Adventure Gold and the users that have been with it since the start may eventually reap deserved rewards.